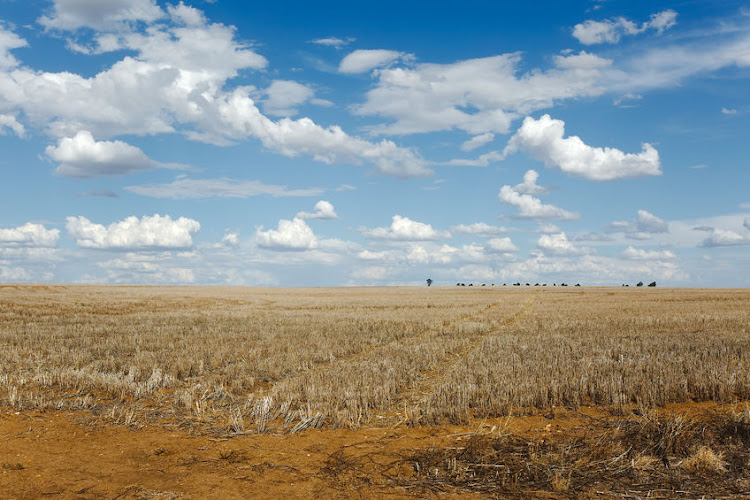 President Cyril Ramaphosa announced, in his February 16 state of the nation address, that the government would accelerate its land redistribution programme.
Image: 123RF/PÃ©ter Gudella

Expropriation of land without compensation could create a systemic risk for the banking industry‚ warns Ian Matthews‚ head of business development at Bravura‚ an independent investment banking firm.

The decision to expropriate land without compensation was taken by the ANC at its 54th Congress in December. This was followed by President Cyril Ramaphosa announcing in his February 16 state of the nation address that the government will accelerate its land redistribution programme. On February 27‚ a motion to amend section 25 of the Constitution‚ which deals with property‚ in the National Assembly was passed by a majority vote.

This week‚ Ramaphosa assured the National House of Traditional Leaders that they would be properly consulted on the land issue. He added that there was no reason to "panic and start beating war drums".

A member of the European Parliament has written to British Foreign Secretary Boris Johnson‚ saying he needs to "mediate" with South African officials ...
News
4 years ago

The president said it was safe to continue investing in land and that it was important that farming activities continue as normal. "We are going to handle this matter in the way we've always handled difficult issues in our country: by dialogue‚ discussion‚ engagement‚ until we find good solutions that will take our country forward‚" Ramaphosa said.

But Matthews took a more alarmist view of land expropriation.

He described it as a drastic step and said it could trigger economic upheaval in South Africa. He said the economic world was watching South Africa to see whether expropriation result in changes to economic policies.

“Expropriation without compensation could create a systemic risk for the South African banking/financing industry as a whole. Loan and bond agreements entered into with a bank do not typically take into account a scenario in which property seizure results in a forcible change of ownership‚” he said.

Institutions of land reform need to be strengthened‚ Ngcukaitobi says

Government needs to strengthen institutions of land reform‚ eliminate corruption and deal with bureaucracy if it wants to succeed with the new land ...
News
4 years ago

“If a loan is defaulted upon as a result of expropriation‚ it is unclear what the recourse would be for the borrower involved‚ and how the lender will ever be able to recover the loans granted.” He added that government records show that the major sources of credit for farmers are banks (56%)‚ agricultural co-operatives and agribusinesses (9%) and the Land and the Land Bank (30%).

FirstRand and Barclays Africa has the largest proportion of agricultural loans (3.6% and 3.4% of their total lending book respectively)‚ followed by Standard Bank (2%) and Nedbank (1%)‚ Matthews said. “It is therefore clear that expropriation that leads to a failure to recover these loans may result in widespread bankruptcy and an ensuing economic crisis‚ which could result in a systemic risk in the banking and agricultural sectors‚” he said.

“It would be hard to imagine how the banking and finance sector would be able to overcome large-scale loan losses [that] could arise from an expropriation without financial compensation. Government may well have to step in to prop up the banks and other financial market role players.”

He warned that food security and jobs in the agricultural sector could be negatively affected.

“One suspects that even now there is hesitancy to invest in or finance any new agricultural ventures as a result of the uncertainty created by the recent developments‚” he added.

But the motion passed in the National Assembly contained the caveat that expropriation would be done in a sustainable way and is only the first step in determining how expropriation will take place.

Professor Ruth Hall of the Poverty‚ Land and Agrarian Studies at the University of the Western Cape‚ said in a recent interview: “In the same breath in which Ramaphosa talked about expropriation without compensation‚ he said three things. Any changes must promote rather than disincentivise agricultural investments; they must not threaten food security; they must be the result of consulting widely on this including with financial institutions.

The matter has been referred to the Constitutional Review Committee‚ which must report back to Parliament by August 30.

The Economic Freedom Fighters proposed that an ad hoc committee be established to review and amend Section 25 of the Constitution‚ known as the property clause.

It states the government must make laws and take other steps to help people to get land to live on‚ and to claim back land they were dispossessed of after 1913 as a result of colonial and apartheid laws.