Institutions of land reform need to be strengthened‚ Ngcukaitobi says 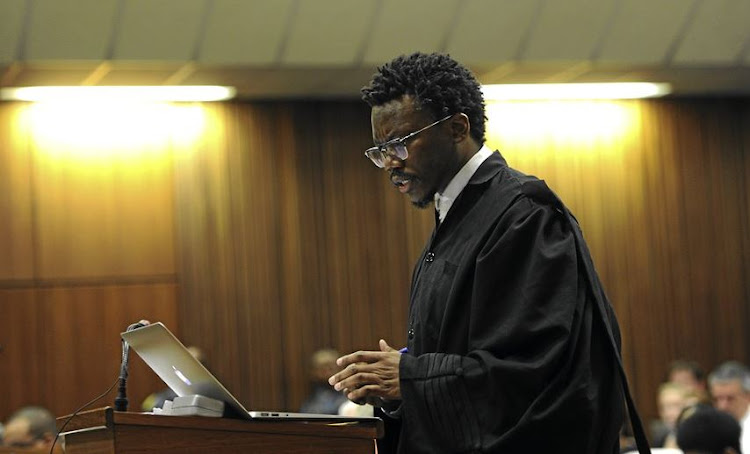 'Blacks to date‚ are still concentrated in former native reserves. The majority of those who live in the cities are lower paid workers,' says advocate Tembeka Ngcukaitobi.
Image: Gallo Images

Government needs to strengthen institutions of land reform‚ eliminate corruption and deal with bureaucracy if it wants to succeed with the new land reform proposals.

He said this was the thrust of what President Cyril Ramaphosa announced in his state of the nation address to Parliament and what the Economic Freedom Fighters have tabled before the same house.

“The substance of the two proposals appears to be the same. Its thrust is that the Constitution should be amended to enable the state to expropriate land without paying compensation to the land owner. At the moment‚ section 25 of the Constitution sets just and equitable compensation to the expropriated landowner. The change to the law would be that compensation will not be the default position‚ but that sometimes it can be completely dispensed with‚” he said.

The Economic Freedom Fighters have claimed the victory on passing a motion for land expropriation without compensation in the National Assembly‚ ...
Politics
3 years ago

The decision to expropriate land without compensation was taken by the ANC at its 54th Congress‚ at which Ramaphosa was elected as ANC president.

In his state of the nation address‚ Ramaphoasa announced that government would accelerate the land redistribution programme.

“We will accelerate our land redistribution programme not only to redress a grave historical injustice‚ but also to bring more producers into the agricultural sector and to make more land available for cultivation. We will pursue a comprehensive approach that makes effective use of all the mechanisms at our disposal. Guided by the resolutions of the 54th National Conference of the governing party‚ this approach will include the expropriation of land without compensation‚” Ramaphosa said.

The EFF claimed victory on Tuesday after its motion in the National Assembly advocating land expropriation without compensation was adopted by an overwhelming majority.

A total of 241 MPs voted in favour of the motion‚ put forward by EFF leader Julius Malema‚ while 83 voted against it. 324 of the 400 members of Parliament were in attendance for the vote.

Ngcukaitobi quoted from his book titled The Land Is Ours‚ which was launched at Constitution Hill on Thursday‚ to explain how black people lost their land in South Africa. He said the colonial wars of conquest in the late 19th century largely accounted for the loss of land by Africans in the Cape‚ Transvaal‚ Orange Free State and Natal colonies.

Once the wars were over‚ the role of the law began.

“The most notorious piece of legislation was the Natives Land Act of 1913. Its key features were that blacks were prohibited from living in certain areas‚ not designated as native reserves. Blacks could also not acquire land in their own names‚ outside the native reserves. Another main piece of legislation was the Group Areas Act‚ 1966 which established three groups for the purposes of the Act: white‚ Bantu and coloured groups.

“The Act prohibited the acquisition of immovable property by ‘Bantus’ in a controlled area‚ and placed restrictions on the occupation of land by ‘Bantus’ in certain controlled area. These statutes were brutally enforced through the police and members of the security forces‚” he said. Ngcukaitobi said the laws led to the creation of native reserves which were the same as the areas which were known as bantustans.

“Blacks to date‚ are still concentrated in former native reserves. The majority of those who live in the cities are lower paid workers.” Since the beginning of democracy‚ government has tried‚ unsuccessfully‚ to change the spatial apartheid designs.

“There is a raft of laws passed to give effect to section 25 of the Constitution‚ including the Extension of Security of Tenure Act‚ which protects farmworkers‚ the Restitution of Land Rights Act‚ which enables people who can prove claims of dispossession on racial grounds after 19 June 1913‚ and the Labour Tenants Act of 1996‚ which protects labour tenants and enables them to upgrade their labour tenancy status to owners.

The world has made tremendous progress in bridging the gap between water supply and demand.
News
3 years ago

“It is now generally accepted that land reform has been a failure. Only 7% of all claims have been successfully resolved since 1994. The country is yet to adopt expropriation legislation‚ and still uses the apartheid-era legislation of 1977. Post settlement has also largely been a failure‚” he said.

He then explained why‚ with all these laws‚ government has failed to give land back to black people.

“It is necessary to clarify – to the extent that it is not clear – that money need not be paid to all instances of compulsory acquisition of land. If the circumstances do not justify payment of money for expropriated land‚ there is no reason why the Constitution should not make that clear.

“However‚ payment of money to an expropriated land owner is one aspect of land reform. To make land reform a success‚ a proper legislative framework needs to be passed‚ institutions of land reform need to be strengthened and corruption addressed‚” he said.

The City of Cape Town says that a group of Woodstock families facing eviction cannot be temporarily housed in converted containers near where they ...
News
3 years ago

TimesLIVE‚ asked what could happen to white people who bought land from those who stole it.

Ngcukaitobi explained that expropriation based on the Restitution of Land Rights Act applies only in respect of land acquired as a result of racially discriminatory laws.

“It does not apply to land acquired genuinely on arm’s length basis. The distinction is already contained in the Constitution.”

He explained how South Africa could avoid the crisis which unfolded in Zimbabwe when it implemented its land reform. “The key distinction in South Africa is compliance with the rule of law‚ and enabling those who are aggrieved by government decisions access to judicial review. Any amendment to the law should not remove the role of the courts as arbiters of disputes between the government and landowners.

“A decision whether or not‚ in a particular set of circumstances‚ compensation is justified or not‚ should not be left to the government‚ but should be made by the courts. Any affected party should have rights of access to appeal courts if they do not agree with decisions of the lower courts.

“Land reform needs to be driven through institutions‚ rather than left to the arbitrary determinations of individuals or the government‚” Ngcukaitobi concluded.