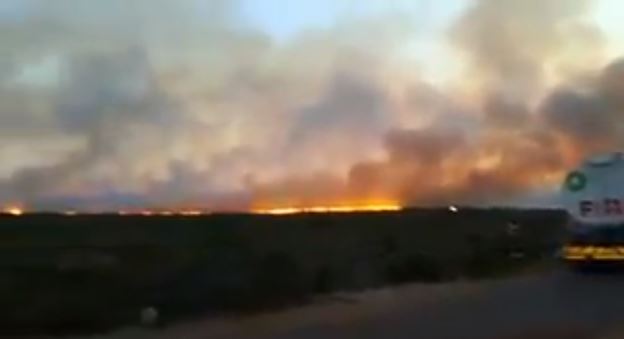 A fire that started on Wednesday inside Cape Point nature reserve was brought under control after burning about 1‚200 hectares of fynbos.

Working on Fire spokesman Lauren Howard said none of the park’s accommodation facilities had been damaged.

“There are occasional flare-ups but it is under control‚” Howard said.

Philip Kgosana Drive in Cape Town was closed for several hours on Friday when a vegetation fire broke out on Table Mountain just above the road.

Cape Town Fire and Rescue Service spokesman Theo Layne said the road had been reopened in both directions by late in the afternoon.

The crews of three firefighting vehicles were still on the scene to deal with hot spots‚ he said.

Fire-fighters were rushing to the scene of a large wildfire inside Cape Point nature reserve late on Thursday.
News
4 years ago