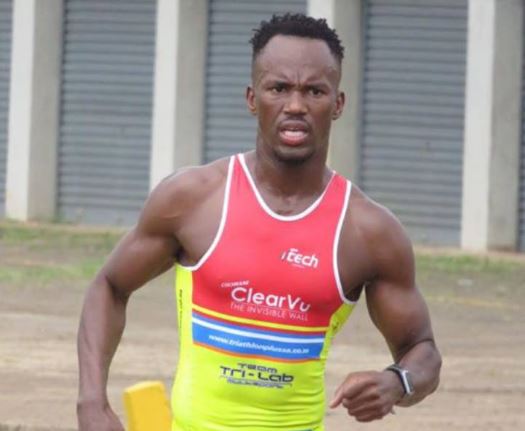 South African triathlete Mhlengi Gwala is "alive and talking" after a brutal attack in Durban on Tuesday.

Gwala managed to drag himself to safety after he was attacked by handsaw-wielding criminals while training in Durban on Tuesday. The 27-year-old Chesterville athlete had been hauled into a bushy area near the University of KwaZulu-Natal‚ where three men allegedly attempted to hack his leg with a handsaw.

Dennis Jackson‚ director of the Elite Athlete Development programme - which Gwala is a part of - said the motive for the attack remained a mystery.

“We have spoken with Mhlengi. He is in hospital‚ in the trauma unit of the Inkosi Albert Luthuli Hospital‚ awaiting transfer to another hospital.

“Our sports doctor has spoken to him. He is conscious.”

A friend of mine, cycling in the Durban area was robbed by three people this morning, Then they attempted to saw off both legs with a chainsaw. Blade too blunt and only got half way through one and started on the other. Absolutely disgusting! How safe are we on SA roads?

Jackson said the circumstances around the attack seemed “really bizarre”.

“I haven’t quite got to grips with exactly what happened. It seems like they pulled him into a bush while he was on a training ride. They had a handsaw and went for one of his legs‚ which is the concerning part.

”We don’t yet know how far they went in‚ whether they were trying to cut it off‚ or what the circumstances are. All we know is that Mhlengi is alive‚ he is talking and that he is under medical care.

“We don’t have the whole story as yet."

Jackson said it was unclear why they attackers suddenly stopped and left.

"Mhlengi doesn’t know why they left. He dragged himself out of the bush onto the road and a private security car picked him up and took him to the nearest hospital. From what we understand‚ he is in a cast. What the damage to his leg is‚ we will know in the next few days I guess‚” Jackson added.

Gwala‚ who has been part of the programme for four years‚ has represented South Africa twice in international triathlons.

Jackson said he would miss the South African Triathlon Champs in Bloemfontein in two weeks’ time.

The sporting fraternity was shocked by the news.

Donovan Geldenhuys commented‚ "Utterly disgusting! @MhlengiGwala is a true gentleman‚ I can’t even imagine this happening‚ it’s sickening! Praying for him to heal up quick."

Thinking and praying for Mhlengi Gwala who was attacked by three people while out riding this morning.
Attackers took a chain saw to his leg! 😡 He has suffered severe injury to his calf and tibia. #EnoughIsEnough pic.twitter.com/6hCy7dClQR

Correction: This article originally stated that a chainsaw was used in the attack. It has since come to light that the weapon was a handsaw.

A man may have been stabbed in what appears to be a road rage incident which took place in Potchefstroom.
News
3 years ago

The South African 5000m national athletic title holder who was attacked by a group of white students in the North West says racism does not make ...
News
3 years ago
Next Article