Department of labour halts construction at site after fatal accident 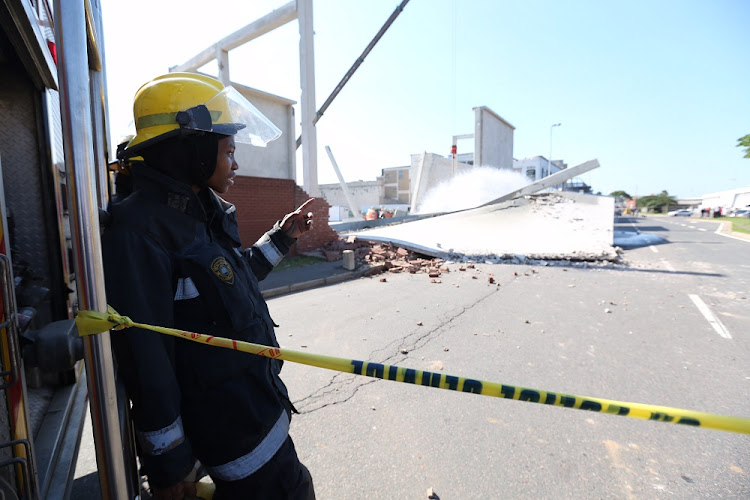 A building‚ which had been under construction‚ collapsed on Chamberlain Road in Wentworth‚ south of Durban.
Image: Jackie Clausen

The department of labour has halted construction at a building site in Jacobs in Durban‚ where three men were killed by a falling slab of concrete on Wednesday.

In a statement issued on Thursday‚ the department said that a prohibition notice had been issued.

“The prohibition notice effectively stops any further construction work being undertaken at the site until the department of labour has completed its investigation.”

The prohibition notice may be lifted or amended once the inspection team concludes that the site is safe. DL Construction director Devon Lotter‚ whose company was overseeing the erection of the structure‚ was not immediately available for comment.

Three people were killed when part of a building‚ which had been under construction‚ collapsed on Chamberlain Road in Wentworth‚ south of Durban‚ on ...
News
3 years ago

Part of a building‚ which had been under construction‚ collapsed onto the site as well as a truck parked nearby around lunch time on Wednesday. Five people were injured in the incident.

Initial reports from the scene indicate that three people‚ understood to have been construction workers‚ were killed when they were crushed under tons of concrete.

Police Search and Rescue Unit members‚ firefighters and paramedics worked for nearly four hours to retrieve the bodies of the dead.