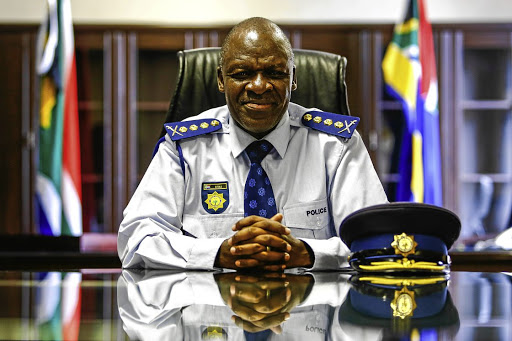 National police commissioner General Khehla John Sitole says he hopes the life imprisonment served on a 29-year-old mother in connection with the rape of her two-month-old baby will serve as a deterrent to others wanting to protect the perpetrator instead of the victim.

A doctor‚ policeman and prosecutor stood up to ensure justice for the baby.

"Protecting the innocent and vulnerable is what we seek to ensure on a daily basis‚" said General Sitole as he praised them for excelling at this goal in the baby rape case.

The actions taken by the doctor, who has not been identified‚ were the catalyst for the investigation. The doctor was the first to inform police in Soweto that a severely injured two-month-old baby had been admitted to the hospital.

Sergeant Enez Lekgoathi of the Orlando Family Violence Child Protection and Sexual Offences Unit was tasked with the investigation. During the initial interview‚ the mother claimed the child had fallen from the bed. However‚ medical test results revealed the baby had been raped. Her version of events changed continually‚ police said.

Mother who protected her baby's rapist gets life sentence

A woman who protected the man who raped her two-month-old daughter has been sentenced to life in prison.
News
4 years ago

Sitole said Du Plooy and Sgt Lekgoathi "worked tirelessly together on this case and eventually achieved justice for the baby girl".

The mother was convicted late last year and was on Thursday sentenced to imprisonment of 25 years‚ despite the actual perpetrator not yet being identified.

"This has set a precedent which will help prevent any person from shielding perpetrators of crime in future‚" said Gen Sitole.

"This may be little justice for the two-month-old baby‚ but the outcome of this case will surely serve to deter such criminality from taking place again."

The identity of the mother is being kept confidential to protect her baby, who is living with relatives.

A 29-year-old woman who protected the man who raped her two-month-old daughter was sentenced to life in prison by the Johannesburg High Court on April 12 2018. The rape was so severe that the baby...