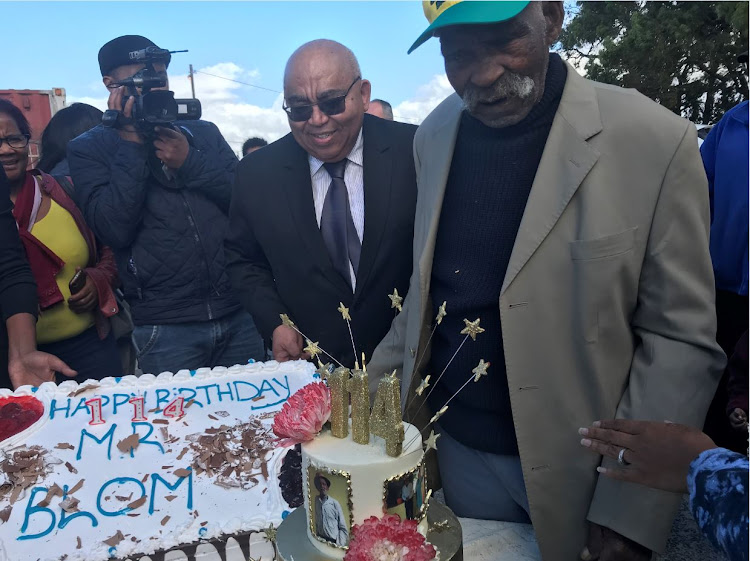 The oldest man in the world could be living in Cape Town. Fredie Blom celebrated his 114th birthday on Tuesday at his home in Delft.

According to the provincial social development department‚ his status is yet to be recognised by the Guinness World Records organisation‚ but it is believed Blom could be the oldest man alive. “As government‚ we wish Mr Blom and his family well. We continue to encourage greater family and community participation in the daily lives of elderly residents‚ including keeping them in communities‚” said a statement by the department.

A report on Blom’s 113th birthday said the former gardener was born in 1904 in Adelaide‚ in the Eastern Cape. His ID number begins 040508.

He and his wife Jenette‚ 83‚ have no children together.

According to an article on the Guinness World Records website‚ a 112-year-old man from Japan was named “oldest person living (male)” on April 10. Masazo Nonaka was exactly 112 years and 259 days old.

“Mr Nonaka was born on 25 July‚ 1905 – just two years after the Wright Brothers celebrated the first power-driven flight and just months before Einstein published his special theory of relativity‚” the article read.

“He has six brothers and one sister and his already large family grew further after he married Hatsuno in 1931‚ going on to have five children with her.”

@adrian_DK asked Fredie "What is your secret to a long life?"