Bus drivers back behind the wheel by Wednesday: Unions 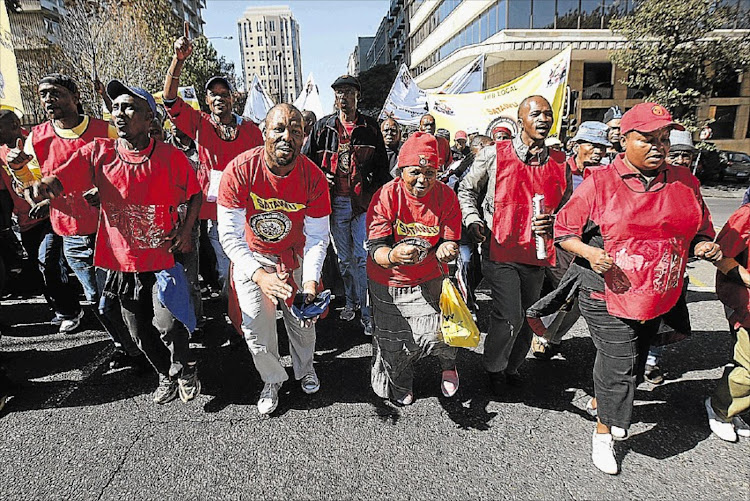 After much lobbying we finally convinced the employers to backdate the implementation of the offer‚” the unions said in a joint statement on Monday. File photo
Image: VELI NHLAPO

Bus drivers are officially expected to return to work on Wednesday‚ although most might be back behind the wheel on Tuesday.

This comes after labour unions in the bus sector have accepted a wage increment offer of 9% across-the-board‚ bringing to an end a prolonged national strike.

The offer is effective beginning of April this year‚ while a second pay rise increment of 8% will be implemented from April 2019. There will also be allowances‚ including nightshift and subsistence‚ over both years.

The strike was close to being ended on Friday‚ but unions and employers butted heads over the date the increases would be effective - with employers wanting it from the date the agreement was signed‚ and unions wanting it backdated to April.

It's official: The bus strike is over

“We have consulted our members from all the regions in different parts of the country. Our members have overwhelmingly accepted this offer.

Employers finally agreed to backdate the offer for it to be implemented on the April 1 2018. This was a sticking point which initially prevented us from ending the strike on Friday.

After much lobbying we finally convinced the employers to backdate the implementation of the offer‚” the unions said in a joint statement on Monday.

Five in court for deadly petrol bombing of mineworkers' bus

The five men alleged to have been behind the petrol-bombing of a bus carrying mineworkers in Limpopo appeared briefly in court on Monday.
News
4 years ago

“We want to thank our members for their militant discipline throughout the strike. They were resolute and determined throughout and we honour them for their huge sacrifice. The strike began on the April 18 and since then they have given up their wages in order to secure better conditions. We salute them‚” the unions said.

A black operator in the long distance bus industry‚ Tumisang Kgaboesele‚ has written an open letter to President Cyril Ramaphosa‚ outlining the ...
Ideas
4 years ago

Bus strike to drag on as latest talks fail

The bus strike‚ which has left thousands of people across the country having to find alternate transport for the past four weeks‚ will continue.
News
4 years ago