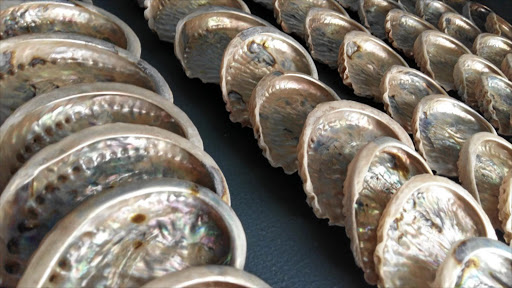 One man is confirmed dead and up to three more may be missing after an offshore clash between abalone poachers and fisheries compliance officers‚ it emerged on Wednesday.

Compliance officers in a large rubber duck allegedly “ran over” a smaller vessel carrying several divers near Dyer Island‚ off Pearly Beach in the Overberg region of the Western Cape‚ before dawn on Sunday.

Police confirmed one body had since been found‚ but community members say others are still missing.

The Department of Agriculture‚ Forestry and Fisheries confirmed the incident but denied their vessel had ridden over the suspects they were pursuing.

“They [the compliance officers] are not in the business of running boats over‚” said Daff spokeswoman Carol Moses. “Our officials were just doing their job and the poachers jumped overboard to try and get away. A search ensued and nobody was found.”

Police spokesman Frederik van Wyk confirmed an official inquiry had been changed to an inquest investigation following the discovery on Tuesday of the body of Mortimer Booysen‚ from Gansbaai‚ who had previously been reported missing.

He said the police were not aware of any further missing people related to the incident. The National Sea Rescue Institute confirmed it had been called to assist with the rescue.

The incident has sparked outrage within the small-scale fishing community‚ with many accusing Daff of brutal tactics.

One source claimed Saturday’s incident was the latest in a string of violent confrontations with trigger-happy compliance officers who used live ammunition.

“They have a grudge against poachers‚” said the source from the Hermanus area. “Poachers don’t have guns and knives‚ so why shoot the people? They shot the boat f***ed up with live ammunition. They shot the motors then came from behind.

“They saw the boat can go nowhere‚ so why did they come from behind and ride over the motors of the small boat? That is quite brutal.”

The Fisheries Department’s finance chief and three other officials could face criminal charges of fraud and corruption after a forensic investigation ...
News
4 years ago

“My one friend is still in Worcester – they shot him through the hand and drove over him with the outboard propeller. It cut his leg open‚ and his right shoulder.”

In a statement this week‚ Daff said it had arrested more than 40 suspected poachers over the past three weeks as part of a crackdown against theft of marine resources. Five boats had also been confiscated.

The boat confiscated in Saturday was found to contain 2‚400 abalone units and 33 diving cylinders‚ the statement said.

A community source said divers had no option but to poach due to an absence of legal fishing quotas. The government’s long-awaited small-scale fishing rights policy is still being implemented. Policy experts hope it will bring stability to coastal communities by giving local divers a formal stake in the maritime economy.