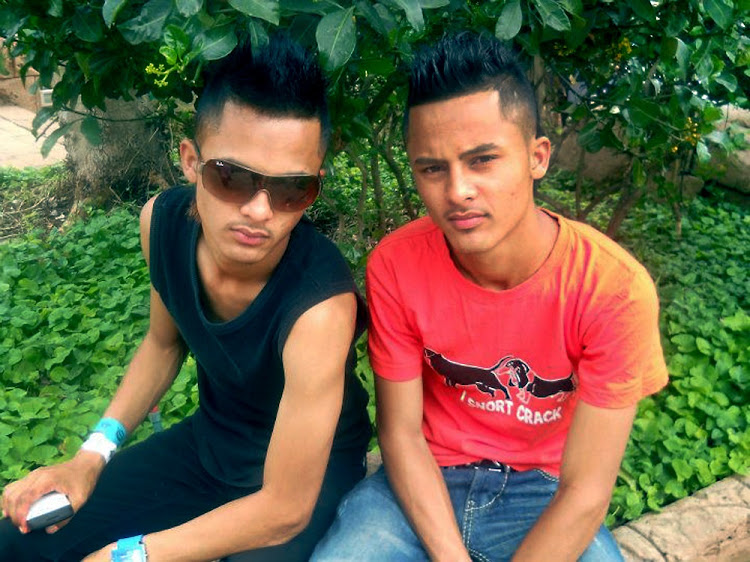 Brandon-Lee Thulsie and Tony-Lee Thulsie were allegedly plotting to blow up the US Embassy and Jewish institutions in South Africa on behalf of terror group Islamic State of Iraq and the Levant (ISIL).
Image: Facebook

Salomi McKuur‚ the sister of the Thulsie twins‚ has come out to support them two years after their arrest.

The boys‚ Brandon-Lee and Tony-Lee‚ were arrested in July 2016. They have been charged with conspiracy‚ incitement to commit the crime of terrorism and conspiring and attempting to commit acts associated with terrorist activities.

Their case was postponed in May until July 31 after the state said it was not yet ready to proceed. The judge warned at the last appearance that the time was approaching when no more delays or postponements would be allowed.

In an article released by Cage - an NGO which describes itself as "an independent grassroots organisation striving for a world free of injustice and oppression. We campaign against discriminatory state policies and advocate for due process and the rule of law" - McKuur writes about the twins' arrest.

She says she rushed to the family’s house on that day‚ and originally saw police tape and thought the house had been broken into – or worse. After getting past police‚ she saw her mom sitting on the couch “in tears”. She asked what was going on‚ but at first got no answers. Then‚ she said‚ her mother told her.

It is too early to tell whether firebombs planted in Woolworths outlets in Durban malls bear the hallmarks of a terrorist attack.
News
3 years ago

“They took him‚” she quotes her mom as saying. “I had to beg them to give him a jacket.”

She writes that her mother was humiliated by police as they raided the home that she shared with Brandon. Meanwhile‚ at the cottage that her other brother Brandon-Lee shared with his wife‚ police conducted a similar raid.

“This was the worst day of our lives and we will never forget it for as long as we live‚” she writes.

She continues in the Cage “Human Voices” article‚ that the family feels let down by South Africa’s justice system.

“Now‚ two years later and after numerous court appearances‚ numerous requests by our lawyers for the state to produce evidence to justify the continued detention without trial of my brothers on various allegations of terrorism‚ we feel let down by our justice system.

“We are heartbroken that our brothers have so far not been treated fairly. Prison conditions are poor‚ though not as bad as in other countries. They have requested and received Qurans. But we are frustrated that it is okay that whoever is in charge will allow this to go on for two years with no conclusion‚” she writes.

McKuur continues that ordeal has taken particular strain on their mother.

The knife-wielding suspect in the deadly attack at a Cape Town mosque was an outpatient at a psychiatric institution‚ the Hawks said on Thursday.
News
4 years ago

“Mum is here physically‚ but she is not the same. She has constant pain in her eyes. She lives for a Friday‚ when she is able to see her boys. Come rain or shine‚ she makes sure that she packs them the food she can afford‚ and she attends every prison visit.

“She’s been in and out of doctor’s rooms and the diagnosis stays the same: Stress. She’s had breakdowns‚ even in public. This breaks my heart‚” she writes.

In her heartfelt post‚ she issues a plea: “I would like to say to South Africa‚ and especially the media‚ that everyone deserves a fair trial. This is our constitutional right. But‚ so far‚ this endless procedure and imprisonment mean my brothers’ rights have been violated.”

She continues: “Why for anyone else would this treatment not be okay‚ but for them it is okay? Is it because they are Muslim?”