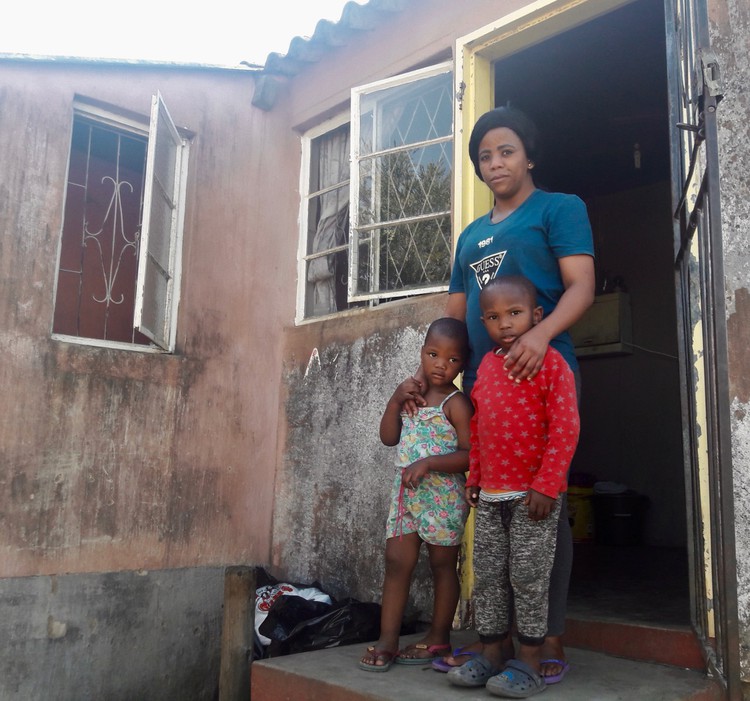 Anita Mgaga with her cousins Alunamda and Luniko outside their unit in B hostel Duncan Village, which she moved into in 1999.
Image: Chris Gilili/via GroundUp

Hostel dwellers in Duncan Village‚ East London‚ say the municipality has not maintained their buildings for nearly 20 years.

Nophelo Zimela says she moved to B hostel from a backyard shack in 1998.

“Back then‚ the municipality would regularly come and paint the hostel‚ cut the grass and check whether there are broken windows or not. Now we wait forever until we decide to fix our problems by ourselves.

“I had a leaking toilet pipe for almost a year. Every time I called the municipality‚ I was told someone will come … That would never happen. I decided to buy material and pay someone to fix it‚” says Zimela.

She shares a two-room unit with her brother‚ adult daughter and two of her brother’s children. They share a toilet and a kitchen with other families. There are 500 units in the hostel.

“We just stay in these hostels‚ because we have no choice. They have never even been painted [by the municiplaity] since we came here. We collect money as residents in a certain block and buy the paint ourselves.

“When we came here‚ they gave us house numbers‚ and told us about a possible relocation to an open field near the East London Airport. Since then‚ nothing has been said about housing.

Also in Duncan Village is D section hostel with 250 rooms. Residents use communal toilets outside. To qualify to live in the hostels‚ household income must be under R3‚500 per month. 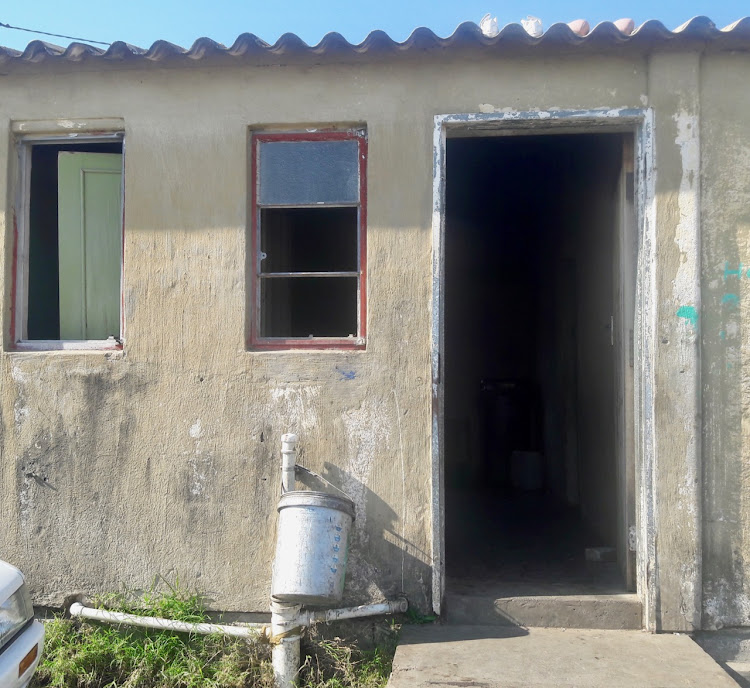 Dilapidated units in B hostel in Duncan Village have broken windows. This one has no front door.
Image: Chris Gilili/via GroundUp

Ward committee member Nomzamo Qoqwana said‚ “We know about these issues in the hostel‚ because we also live here. The thing is‚ Buffalo City Metropolitan Municipality never gives proper responses when we tell them about maintenance problems in the hostel. Instead‚ we are told to fill in complaint forms repeatedly … Even as committee members we are not taken seriously.”

Municipal head of human settlements and councillor for ward 2‚ Ntombizandile Mhlola‚ told GroundUp: “In terms of maintaining the hostels‚ the municipality does go to attend to problems as per reports from residents. However‚ delays are there‚ I agree. This is caused by the lack of budget from our side as the municipality.

“In the budget we have also included the maintenance of the Duncan Village hostels this financial year. This includes painting‚ renovating broken structures‚ and fixing all sanitation issues. It’s been years really since we fixed them‚ but we are on it and it will happen soon … We want to renovate the whole area‚” said Mhlola.