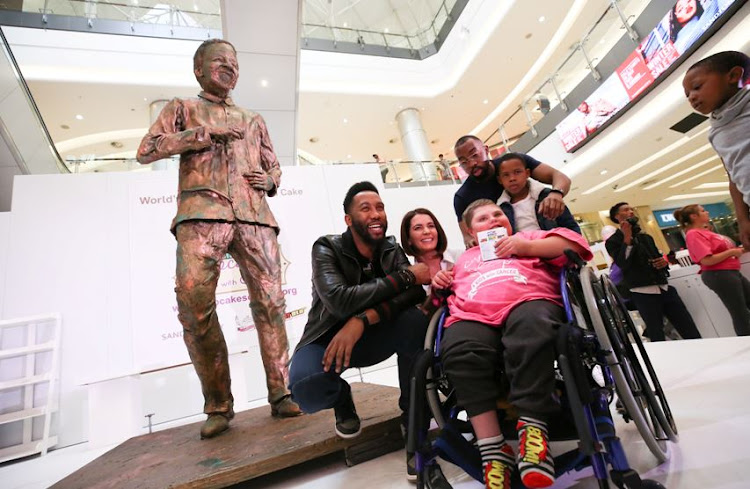 Weighing a massive 750kg and standing a whopping three metres tall‚ the world’s largest Madiba cake was unveiled by Nelson Mandela’s grandchildren‚ Ndaba and Andile Mandela‚ on Saturday as part of centenary celebrations for the father of the nation.

It took six bakers led by cake artist Dorothy Klerck‚ and including 10-year old cancer survivor Khyla Korb‚ five days to complete the vanilla‚ chocolate and red velvet cake‚ which was on display on Saturday at Sandton City’s Centre Court.

The shopping centre partnered with Cupcakes of Hope‚ a non-profit organisation which draws awareness to childhood cancer and raises funds for children with cancer by baking cupcakes‚ on the massive bake which will be entered into the Guinness Book of Records as the world’s largest Mandela cake.

“The biggest challenge was the time restraint‚ and having to work away from my studio. But I enjoyed being part of such an immense project‚ knowing that the awareness and funds raised will assist children battling with cancer‚” said Klerck.