Magma Investigations head Shaheen Sulieman with police at the scene of arrest of one of the men linked to the murder of farmer Peter Scott at the weekend
Image: SUPPLIED

Private investigators have hailed the arrest of two men in connection with the murder of Creighton farmer Peter Scott over the weekend.

Shaheen Suleiman of the Magma Security investigations team said they acted on intelligence in the wake of the bloody slaying in KZN‚ which led them to Johannesburg.

“We were mobilised on Saturday to track and arrest suspects who were involved in a farm murder in Creighton. We managed to track one of the suspects to Johannesburg. Working closely with police‚ he was placed under arrest‚” said Suleiman.

He said the man was found in possession of laptops and other items stolen from Lynavis farm.

“Our team then proceeded to Ixopo‚ where a second suspect was shot during the arrest. One unlicensed firearm‚ the deceased farmer's cellphone and other items were recovered‚” he said. 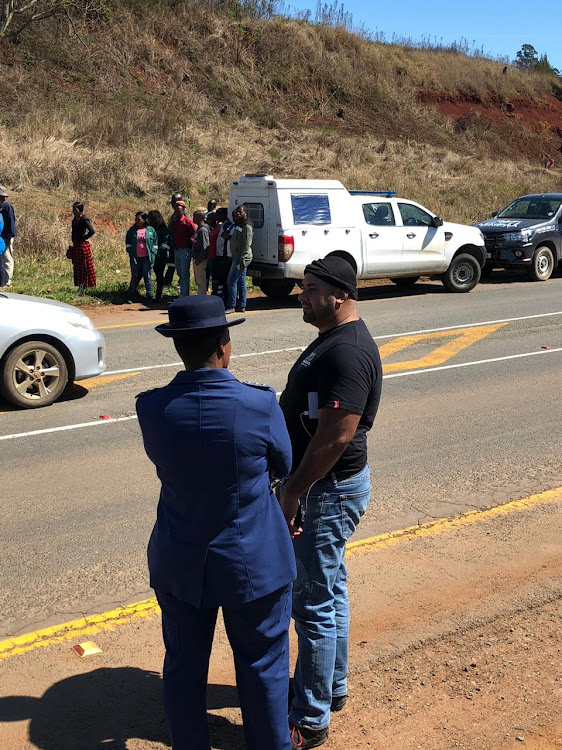 Shaheen Suleiman of the Magma Security investigations team said they acted on intelligence in the wake of the bloody slaying in KZN‚ which led them to Johannesburg.
Image: SUPPLIED

TimesLIVE earlier reported that a group of men had stormed the farmhouse in the early hours of the morning. After overpowering a woman‚ they shot Scott in the chest. He died at the scene.

Acting KZN Police Commissioner Nhlanhla Mkhwanazi praised police and private investigators who worked around the clock. “I want to commend all those that were involved in the investigation‚ as well as those that were responsible for the apprehension of these criminals. 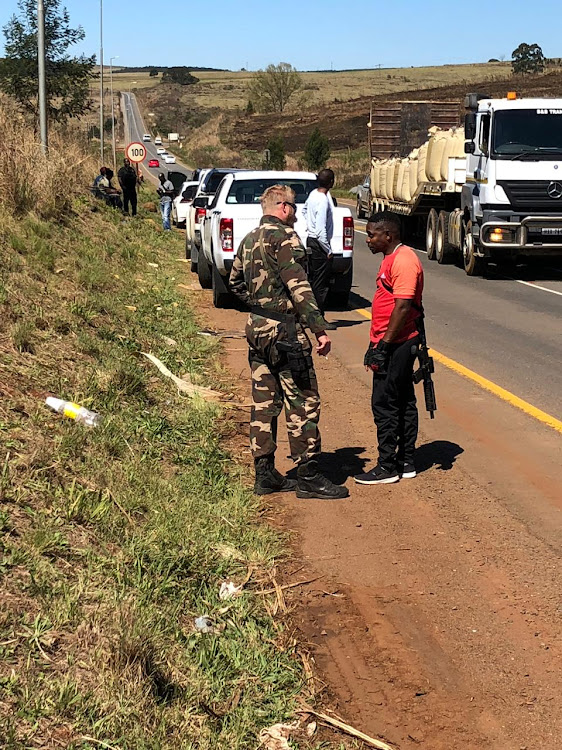 The suspects shot Creighton farmer Peter Scott in the chest and died on the scene
Image: SUPPLIED

“It is totally unacceptable that people are killed for items of such low value‚” he said.

“The police will not rest when people are killed in their own homes by greedy criminals. We will hunt them down and ensure that they are placed before a court to answer for their crimes.”

A Creighton farmer was shot and killed after three men stormed his southern KwaZulu-Natal home on Saturday.
News
3 years ago

A total of 62 farm murders were reported in the past financial year in South Africa‚ according to the latest crime statistics released in Parliament ...
News
3 years ago

While 62 farm murders in 2017/18 pales in comparison with the 57 South Africans murdered daily‚ some believe the nature and impact of these murders ...
News
3 years ago