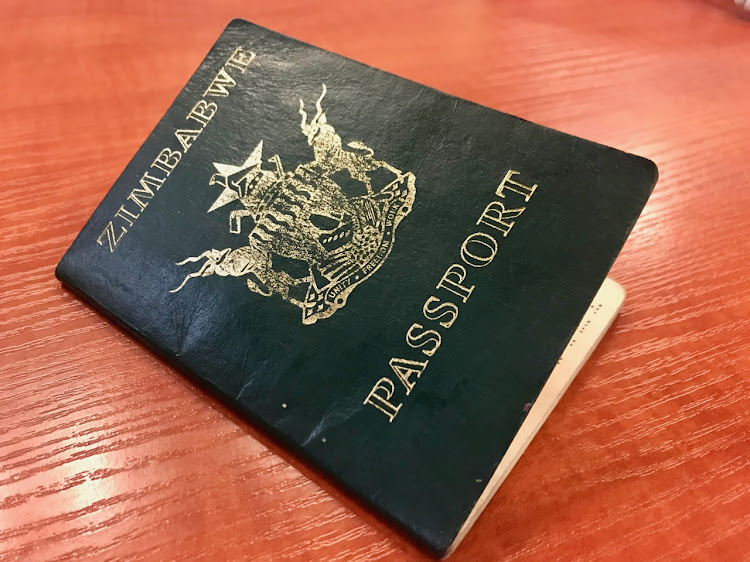 Morgan (surname withheld) applied on 7 December 2017 for a Zimbabwe Exemption Permit. She has been tracking her application online. “Up to now nothing new, almost nine months after submission,” she said.
Image: Brent Meersman

Some Zimbabweans who have applied for their Zimbabwe Exemption Permits (ZEP) are anxious about the slow progress processing their permits. Without a valid permit to show they find their bank accounts frozen‚ face difficulties registering their children at educational institutions and even lose their jobs.

The ZEP replaces the ZSP (Zimbabwean Special Permit) which expired in December 2017. Home Affairs issued a circular to banks‚ employers and learning institutions in December that as long as people could show proof of application for the ZEP they should continue to receive services while their application is being adjudicated. However‚ GroundUp is aware of a number of cases where banks‚ schools and employers have not heeded this advisory.

Applications for the ZEP opened on 15 September 2017 and the closing date (extended twice) was 15 February 2018.

On 31 January‚ Home Affairs announced that the ZEP process‚ including finalising adjudications and issuing all new permits‚ would be completed by the end of September 2018.

But on 6 September‚ Home Affairs media manager David Hlabane said in an email response to GroundUp that the department is currently adjudicating applications that were received before the closing date and the process should be completed around October.

GroundUp has been trying every day since Monday to get an answer from Home Affairs as to how many applications have been successfully processed‚ but without success.

Morgan (surname withheld) applied on 7 December 2017. She has been tracking her application online. “Up to now nothing new‚ almost nine months after submission‚” she said.

Woman had to buy fake permit to get child into school

Zimbabwean families caught between the departments of Home Affairs and Education are resorting to buying fake documents in order to register their ...
News
4 years ago

Cindy (surname withheld) told GroundUp in an email: “I submitted my paperwork in January and still nothing.” She says she was suspended from work six weeks ago. Her employer wants her to show a valid permit. She did provide proof of application and showed the receipt‚ but she says her employer wasn’t satisfied.

A Zimbabwean man‚ who also wished to remain anonymous‚ said he submitted a ZEP study permit for his daughter in February but he only got an SMS notification that his daughter’s application was received by Home Affairs on 24 August. He said his Capitec bank account has been frozen.

Helen (surname withheld) is worried that she may not get her wages this week after FNB froze her account in December last year. Her employer has been paying her in cash but says the company cannot continue to do that.

The ZEP Dispensation Forum on Facebook is encouraging Zimbabweans not to merely check online but to actually visit the offices of Visa Facilitation Centre (VFS)‚ the company that processes the permits for Home Affairs. The page has posts from people who applied in November 2017 and have not yet received their ZEPs and from people who have been struggling without documentation.

Most Zimbabweans in South Africa have been uncertain about their future in the country since the inception of the Dispensation of Zimbabwean Permit (DZP) in 2010. About 245‚000 DZPs were issued. It was valid for four years and was supposed to be non-renewable. It was later extended to three years and renamed the ZSP in 2014. Just under 200‚000 ZSP permits were issued. Again in December 2016‚ Home Affairs said there would be no renewal of the ZSP‚ but it created the ZEP in 2017‚ valid for four years.

On the ZEP it states that the document “doesn’t allow the holder to apply for permanent residence irrespective of the period of stay in South Africa. ZEP will not be renewable and the holder cannot change conditions of the permit in SA”.