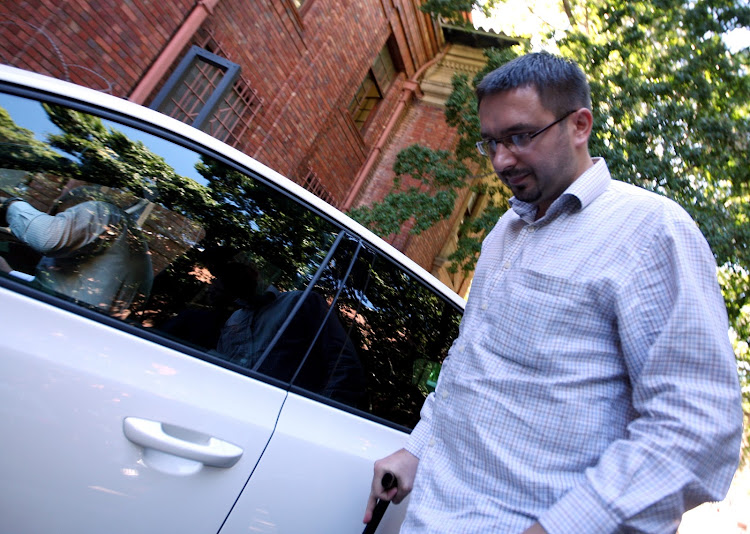 A Serbian assassin who has spent nearly seven years fighting for asylum in South Africa has been dealt his final defeat.

Now Dobrosav Gavric‚ 44‚ faces a new legal battle — to avoid extradition to Serbia‚ where he has been sentenced to 35 years in prison — after the Constitutional Court said on Friday that he failed all the tests for asylum.

Throughout his legal battle‚ Gavric has maintained he was an innocent bystander who was seriously injured in crossfire when a warlord called Arkan and two bodyguards were assassinated at a Belgrade hotel in 2000.

He entered South Africa under a false name in 2007‚ with his wife and two daughters‚ and lived a life of understated opulence in a luxury apartment overlooking a yacht basin at the V&A Waterfront in Cape Town.

Gavric’s true identity came to light after he was wounded during the assassination of Cape Town underworld figure Cyril Beeka in March 2011. He was shot in the chest while driving Beeka’s vehicle near the University of the Western Cape.

Gavric‚ who was living under the name Sasa Kovacevic‚ was arrested after being discharged from hospital and charged with drug possession‚ fraud‚ and having obtained official documents — including a gun licence — in his false name. He is yet to be tried on those charges.

Serbia applied for his extradition on December 29‚ 2011‚ and a month later Gavric launched his bid for asylum. He is being held at Helderstroom maximum security prison in Caledon.

In Friday’s judgment‚ Justice Leona Theron also rejected a constitutional challenge to a clause in the 1998 Refugees Act which excludes people convicted of certain non-political crimes from being eligible for refugee status.

She said since Gavric continued to deny responsibility for the assassination of Arkan — real name Eljko Ranatovic‚ a paramilitary commander who fought on the side of Slobodan Milosevic during the Yugoslav conflict in the 1990s — he could not also argue that he had been found guilty of a political crime.

“If the applicant maintains his innocence‚ he can have no knowledge of the motive behind the crime‚” said Theron. Additionally‚ “the Serbian District Court concluded that the assassination of Arkan was for monetary gain”.

After Gavric’s arrest in 2011‚ the Sunday Times established that:

- He underwent training with the Serbian Secret Service and operated with the country’s elite special forces;

- Using his Kovacevic alias‚ he slipped into Ecuador with a Bosnian passport in 2006. He arrived in South Africa on a tourist visa then obtained a business visa in the name of his wife‚ Daniella Lasic‚ and opened a restaurant in Johannesburg;

- He also registered a close corporation that year to set up an import and export business;

- At that time‚ he befriended Beeka‚ who was known to have influential connections; and

- South African police intelligence had known about his double identity for months.

Cape Town's image as South Africa's crime-free paradise is being tainted by international underworld figures who flock to the city to ply their ...
News
9 years ago

Gavric may abscond, after all 'he's done it already': State

Serb fugitive Dobrosav Gavric's bid to be granted asylum in South Africa to avoid being extraditedto his home country to serve time for murder has ...
News
10 years ago

Serb fugitive Dobrosav Gavric's lawyers claim that the convicted assassin poses no danger and heavily armed policemen are not needed to escort him to ...
News
10 years ago

The Serbian convicted of killing warlord Arkan in Belgrade, and who was allegedly driving local underworld figure Cyril Beeka when he was shot dead ...
News
10 years ago