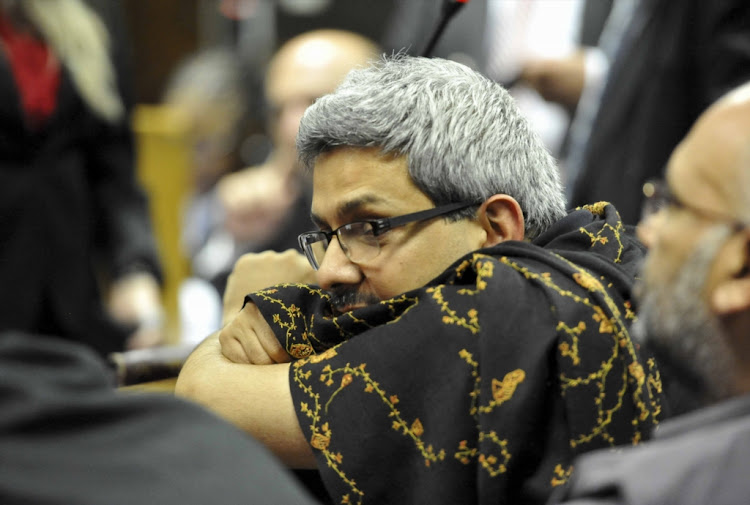 Gupta associate Ashu Chawla has made a string of demands to parliament if MPs want him to appear before the inquiry into the early naturalisation of the members of the Gupta family.

Chairperson of the home affairs portfolio committee Hlomane Chauke revealed on Tuesday morning that his committee has received correspondence from Chawla's lawyer saying his client was willing to appear before the inquiry but is currently in India taking care of his mother.

To be able to attend the inquiry‚ Chawla wants parliament to fly him business class from New Delhi and back and to get him a Hindi interpreter for his testimony.

Chauke revealed that when parliament's administration followed up on the request‚ they realised that a business class return ticket would cost a whopping R177,000.

An incensed Chauke said he found it odd that Chawla‚ an SA citizen for 17 years‚ wanted a Hindi interpreter.

“He wrote a detailed letter to the minister in English‚ but today we hear he can't speak and wants a Hindi interpreter...”

Chauke said the committee would wait for Chawla to return to the country on his own‚ possibly at the end of November as indicated by his lawyer. The committee would then schedule a meeting as soon as he lands in SA.

Chawla has been fingered as the man at the centre of the early naturalisation of the Gupta family members as he allegedly facilitated hundreds of permits and visas on behalf of the family.

He wrote a letter to home affairs minister Malusi Gigaba motivating for the early naturalisation of the Gupta family members.

North West government officials have debunked a claim by the Gupta family that it donated equipment to schools in the province and also ran a feeding ...
News
3 years ago