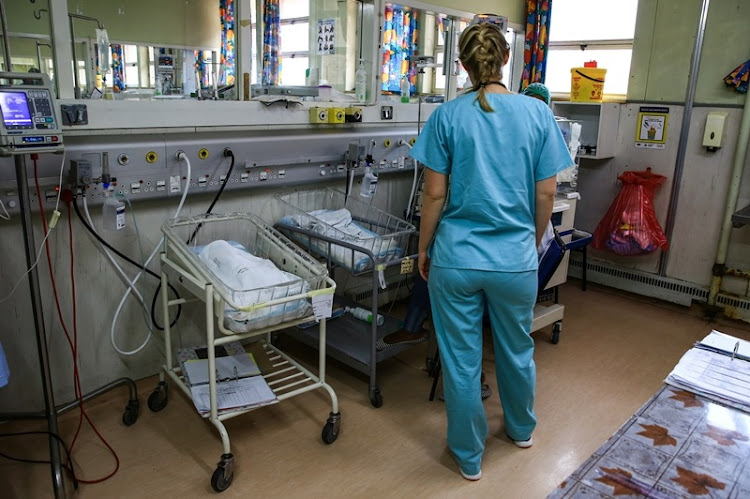 One of the wards at Rahima Moosa Mother & Child Hospital in Coronationville, Johannesburg.
Image: Shanthini Naidoo

The SA Humans Rights Commission (SAHRC) will on Thursday conduct a site inspection of Rahima Moosa Mother and Child Hospital in Coronationville, Johannesburg.

The inspection follows reports of nine infants dying at the hospital due to a necrotising enterocolitis bacterial outbreak.

The condition occurs mostly in premature newborns and affects their intestines.

When news of the outbreak first broke several months ago, it was reported that a probe by the National Institute of Communicable Diseases had failed to established the origin of the disease.

Ahead of the SAHRC's visit to the hospital on Thursday, TimesLIVE went in search of what people had said about the facility in recent weeks.

In a recent social media post, one person tweeted that the Gauteng department of health should perform random visits to the hospital, especially in the evenings.

"You really need to do late night shift random visits at Rahima Moosa Mother and Child Hospital and see your nursing staff sleeping and watching soaps while women go through labour on their own and they do not care for anything except their sleep and soapies," wrote the concerned person.

@GautengHealth you really need to do late night shift random visits at Rahima Moosa Mother and child hospital and see your nursing staff sleeping and watching soaps while women go through labour on their own and they do not care for anything except their sleep and soapies.

Another called on the City of Johannesburg to attend to the pile of rubbish growing near the fence of the hospital.

"See [the] dumpsite corner Hamilton and Oudtshoorn Streets, Coronationville. This is just outside Rahima Moosa Hospital. Please attend to it."

One person spoke about the importance of the hospital, saying it serviced patients who travelled all the way from Soweto.

People from Soweto travel to Helen Joseph and Rahima Moosa to get healthcare since Bara it's packed.

So with all the protest that's happening other people are being affected. I hope the people's concerns and demand are met. It's bad!!

Others praised the service at the hospital.

Dr Zwide Nxumalo (gynae onc at Rahima Moosa) is easily one of the best teaching doctors I've ever encountered.

In August, Health MEC Gwen Ramakgopa revealed that over 20‚000 patients had been harmed due to negligence at state hospitals in Gauteng over the course of two and a half years.

Rahima Moosa Hospital accounted for 860 of these incidents.

Last year, the Democratic Alliance's Jack Bloom praised the hospital for doing better than other state hospitals. He pointed out that it had about 13‚000 births a year and Baragwanath about 20‚000‚ but Rahima Moosa only had five negligence payouts while Baragwanath had 35.

"It says to me there are state hospitals that largely get it right. They do things better. They are not injuring so many babies at birth‚" said Bloom at the time.

Gauteng Health MEC Gwen Ramokgopa has confirmed that more than 20‚000 patients have been harmed due to negligence in the space of two-and-a-half ...
News
4 years ago