Lungisa Fuzile: I was told 'you're getting a Gupta minister... with advisers' 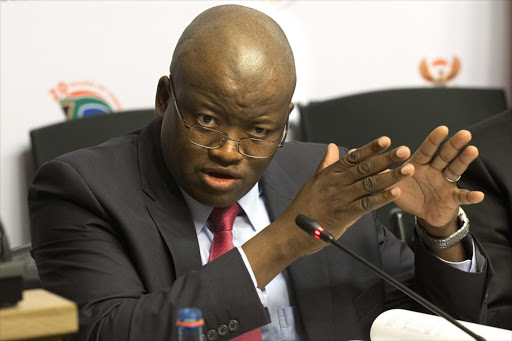 "You are now going to get a Gupta minister who will arrive with his advisers."

This was the ominous message received by former National Treasury director-general Lungisa Fuzile from the head of the ANC economic transformation subcommittee, Enoch Godongwana, on the night that former president Jacob Zuma axed Nhlanhla Nene as finance minister.

Fuzile, who was testifying at the state capture inquiry on Wednesday, said he received the call from Godongwana on the day Zuma appointed little-known, state capture-implicated Des van Rooyen as Nene’s replacement in December 2015.

Van Rooyen's appointment sent markets into a tailspin. Zuma was forced to backtrack on the appointment after a few days, following a national outcry and pressure from his own party.

"At that stage, I didn’t know what I know now. I didn’t quite understand what he [Godongwana] was saying and I asked him what he meant by this. He said to me ‘you mean you guys don’t talk to one another as DGs?'"

Fuzile was testifying before deputy chief justice Raymond Zondo, who is chairing the commission.

It is unclear whether Godongwana alerted Fuzile before or after Zuma announced Van Rooyen's appointment in a late-night address to the nation.

Public enterprises minister Pravin Gordhan has hit back at the EFF over its allegations that his daughter, Anisha, benefited from state contracts.
News
2 years ago

Public enterprises minister Pravin Gordhan said he believes that his sacking as finance minister in 2016 was a move to halt court processes regarding ...
Politics
2 years ago

State capture inquiry: Zuma was hellbent on having Tom Moyane head of Sars

Former president Jacob Zuma was hellbent on appointing Tom Moyane as commissioner of the SA Revenue Service despite being advised that there were ...
News
2 years ago