Global Citizen drama - The plans vs the reality 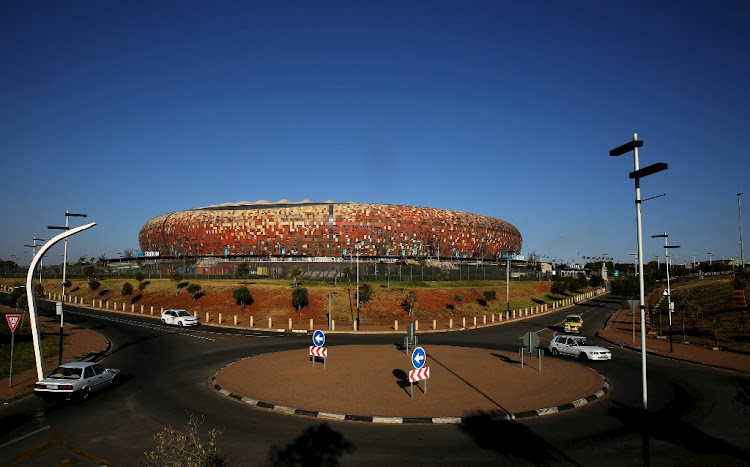 The organisers of the Global Citizen Mandela 100 Festival had a solid safety and security plan in place - however things went horribly wrong on the day.

On Monday morning, social media was flooded with reports and allegations of criminal activity as festival-goers waited for their transport outside of the Nasrec Sasol garage.

People's possessions, including cellphones and bags, were stolen as concert-goers were mugged at gun and knife point, with many reporting they were physically attacked while waiting for transport.

Global Citizen Festival chaos: 'Help me! Help me! He is attacking me!'

The 2018 Global Citizen Festival: Mandela 100 was hosted at FNB Stadium in Soweto on Sunday evening to celebrate Nelson Mandela’s centenary.
News
3 years ago

The City of Johannesburg said that seven suspects were arrested on Monday in connection with the incidents.

TimesLIVE is in possession of documents outlining the transport and traffic management plan for the event. These detail the strategy for the day as well as expected challenges with the organisers expecting 65,000 people on December 2.

Organisers collaborated with Uber to execute what was meant to be a smooth, safe and cost-effective drop-off and pick-up process.

Uber was expected to charge standard rates for its users attending the concert. However, clients experienced price surges when leaving the stadium.

In a statement, Uber said it switched on dynamic pricing that increases the price of trips if there is a scarcity of drivers.

"This was done to encourage more driver-partners to move into the specific area and stay on late into the night to cater for the demand to ensure that there were drivers available in the area," Uber said in a statement to TimesLIVE.

As part of the plan, the organisers and Uber established a designated Uber drop-off area that would allow clients to easily request trips.

Based on witness accounts, the designated area was overcrowded and there was no network access at the stadium, forcing many to walk to the nearby Sasol garage to put in a request.

Uber has said it would refund all of those who were affected by the surge.

Uber admitted that it broke its promise on surge pricing.
News
3 years ago

According to the plan, 166 Rea Vaya buses, 166 metro buses, 275 park and ride busses and 100 Gautrain buses were designated to transport passengers to and from the stadium.

The plan entailed arranging Gautrain buses that would transport 6,000 people with all passengers required to have a Gautrain access card. These passengers would be dropped off at Park station in central Johannesburg so they could travel towards Hatfield.

Concert-goers found there was a delay with buses, with some leaving after 3am - two hours after the last Gautrain would have left.

According to email documentation the last bus left FNB Stadium at 2:15am.

All Park and ride buses stuck for 2 hours outside @FnbStadium, after #GlobalCitizen concert ended!!! Where's the convenience????

The last Gautrain left at 1am and most of the buses are still stuck at the stadium #GlobalCitizen @TheGautrain what's the plan???

@GlblCtzn Great event but the logistics afterwards were horrendous. Its 3am , no buses taking people and also no UBERs and gridlock traffic. People being mugged, shots and stampedes

According to the City of Johannesburg, the JMPD deployed 236 officers, 104 patrol vehicles, 18 motorbikes and 11 horses over two days to ensure the smooth flow of traffic.

Victims of the chaos, crime and commotion claimed that there were no police in sight when concert-goers were mugged and a stampede broke out at the Sasol garage.

According to a police spokesperson Vish Naidoo, a detailed security plan was deployed from early in the morning and no police officer was allowed to leave their post until the stadium and surrounding areas were cleared.

Police officials have strongly denied that their officials left the Global Citizen Festival concert after the last performance, despite witnesses ...
News
3 years ago

‘Citizens are under attack’ - Gauteng premier after Global Citizen Festival

Gauteng premier David Makhura wants the police and Johannesburg Metro Police (JMPD) to investigate what happened after the Global Citizen Festival in ...
News
3 years ago

Witnesses describe how they fought off muggers at Global Citizen Festival

Global Citizen Festival-goers recall horrific crime experiences while waiting outside after the event.
News
3 years ago

Sarah Langa on facing her 'worst nightmare' during #Sasol attack

"A group of men attacked me and covered my head. Imagine what they were planning to do with me!"
TshisaLIVE
3 years ago