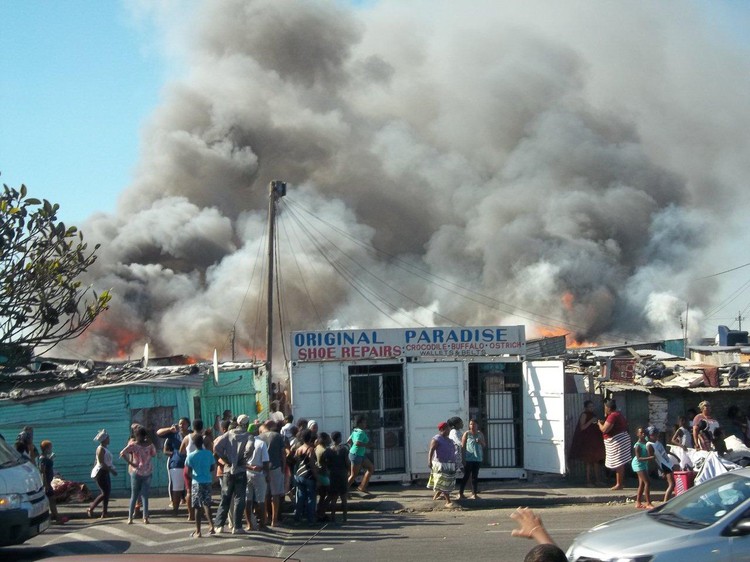 Thembakazi Fetume lost the R3,000 she had saved for a journey to her mother’s grave in the Eastern Cape in the fire which destroyed 26 shacks in Khayelitsha on Monday.

Fetume said she had saved the money through a stokvel and had been paid out in October.

“I kept the money so I could visit my mother’s grave in Mount Fletcher during the Christmas holiday. I wanted to sit next to her grave and talk to her to come to terms with her death,” she said as she wiped tears from her eyes.

Over 100 shack dwellers were left homeless by a fire in Gadini informal settlement, Khayelitsha, Monday afternoon.

Shack dwellers scrambled to move valuables such as TV’s, fridges and DVDs out of their shacks onto the pavement.

Firefighters arrived quickly but battled to enter Gadini where the shacks were closely clustered together. The windy weather hampered their attempts to extinguish the fire.

Vuyokazi Tyam said the fire had started in a locked shack whose owner was at work.

“I noticed black smoke rise from the roof of the closed shack and rushed to my shack to pull out some of my belongings,” she said. 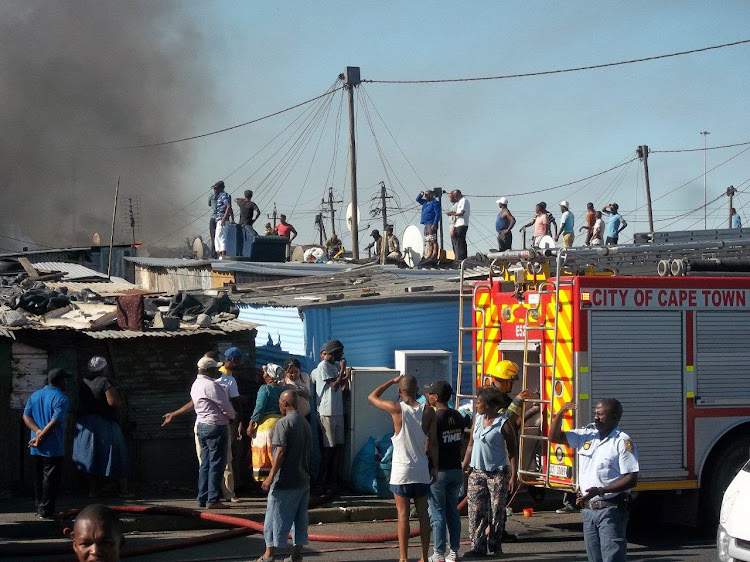 Tyam said she didn’t blame the firefighters for failing to save the shacks from the blaze.

“The fire spun as it went up and prevented the poor firefighters from coming closer to the shacks and putting it out,” she said.

She had been planning to spend Christmas with her family in Idutywa in the Eastern Cape.

“The fire burned my R5,000, which I set aside to spend at home and ruined my Christmas plans. Now I’m no longer sure if I will be able to go home,” said Tyam. She had also lost the insulin which she needs for her diabetes.

Tyam is currently unemployed as her contract with a local Expanded Public Works Programme project ended in January.

Ntombozuko Sikhephe said she saw the smoke billowing from the closed shack, but assumed the fire would not reach her shack.

“When I saw the fire burn electric cables and reach my neighbour’s shack, I moved my belongings out,” she said.

But the fire burned her bed, ID, children’s new clothes and other belongings. Her groceries had also been burned.

Some of the things she put outside had been stolen.

Sikhephe, who lives with her boyfriend and three children, recently landed a job as cook at a local tavern.

Fetume said her four-room shack had been furnished with a wall unit, dressing table, cupboard and other pieces of furniture.

“The fire was fierce, so my children could not come near and extinguish it. I don’t know where I will stay now, ” said Fetume, who is a domestic worker in Constantia. 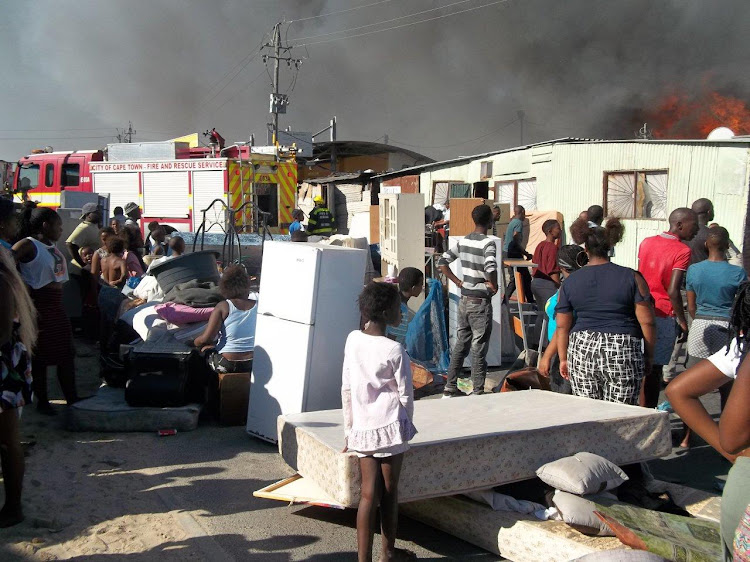 Residents struggled to save their belongings from the flames.
Image: GroundUp/Vincent Lali

“Firefighters could not enter Gadini because the shacks had been built too close to each other. As a result, many shacks burned,” she said.

“Now I want the City to construct streets before the residents build their shacks again so that firefighters can easily help us when a fire breaks out next time around.”

Disaster Risk Management Centre spokesperson Charlotte Powell said the City had informed the SA Social Security Agency (SASSA) for it to provide relief, and the City would issue starter kits for residents whose homes had been destroyed.