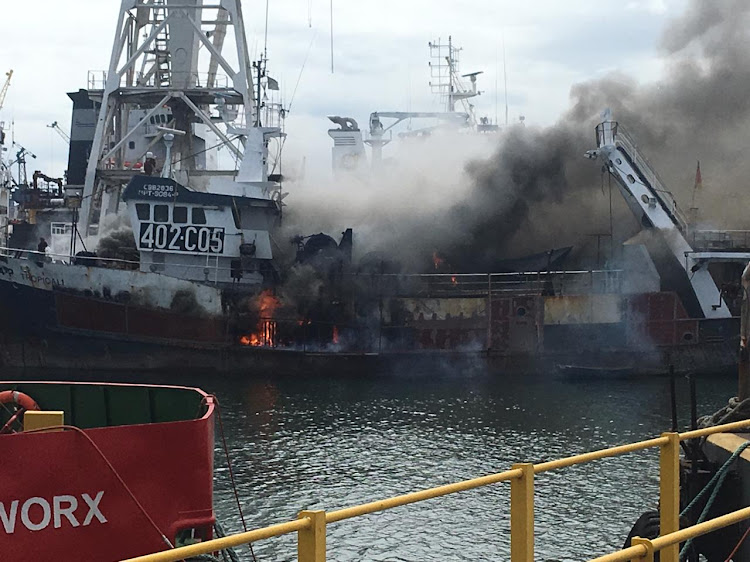 Authorities have confirmed that six people are now missing after a ship caught alight in the Durban harbour on Thursday.

Initial reports from the scene suggested that three people were missing in the blaze, which started at 2.30pm. The fire was brought under control by firefighters by around 6pm, but the vessel was not yet deemed safe to board.

“Multiple workers were assessed by paramedics on the wharf side, and three workers were transported to a nearby hospital by Rescue Care for further treatment,” said spokesman Garrith Jamieson.

“Six people are unaccounted for currently, and once safe all necessary authorities will board the vessel and check for the workers,” he added.

The cause of the fire is unknown.

Editor's note: This story was updated to reflect the change in the number of unaccounted for persons.

A man who drowned after he accidentally reversed a truck he was offloading from a ship into the Durban harbour on Tuesday, has been identified.
News
3 years ago