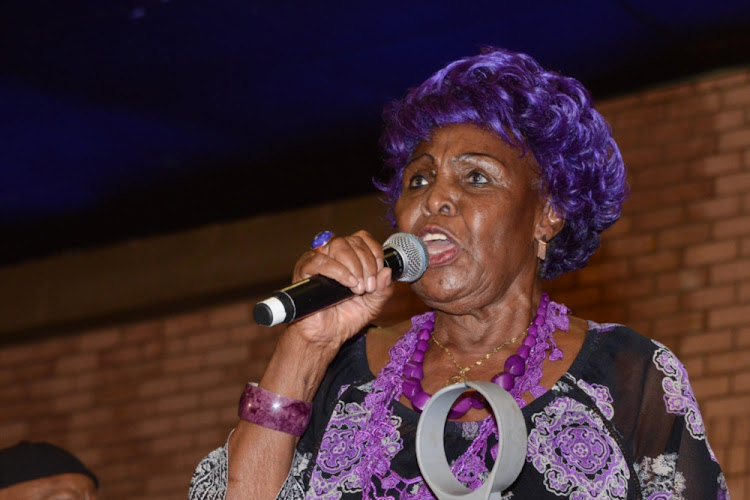 Tributes continue to pour in for the late veteran jazz singer Dorothy Masuka who died on Saturday at the age of 83.

The singer had complications related to hypertension after suffering a stroke last year.

Masuka was born in Bulawayo, Zimbabwe, and moved to Johannesburg at the age of 12, producing her first record at 16.

Mooi loop my sister, my comrade. Music has lost, we have lost. Your music will always carry with it only the fondest memories. Lala ngoxolo pic.twitter.com/HGpyO5zavh

While the spotlight of stages all around the world were trained in her, she shone a light on the joys and struggles of life across the lines of race, class and nationality that were so starkly entrenched in the world and era in which she first emerged as an artistic force. pic.twitter.com/trdGAO8YtV

Mama Dorothy Masuku 😔 May her soul in perfect and indisputable peace #RipDorothyMasuka pic.twitter.com/iMmZlAfRJK

A baobab tree has fallen with the passing of a one of a kind Musician, the legendary Mama Dorothy Masuka. Her music was the soundtrack of some of our most joyful moments & the light of our souls during our darkest hours. Lala ngoxolo Mama wethu. pic.twitter.com/YIg5AG6FwP

My most heartfelt condolences go out to the family & loved ones of Mme Dorothy Masuka.

At the most trying times for our nation, Mme Masuka & other legends used music as a tool to communicate & give hope to millions of South Africans.

May her music live on.#RIPDorothyMasuka

Dorothy Masuka's light will always shine, in death just as it did in life

Whether she was infusing happy, jazz vibes into her songs or singing sweet mellow love songs, Dorothy made timeless music that will her name alive
TshisaLIVE
3 years ago

Dorothy Masuka died at her Johannesburg home surrounded by family.
TshisaLIVE
3 years ago