LISTEN | 'How much do you want to go away?' retired ConCourt judge Zak Yacoob 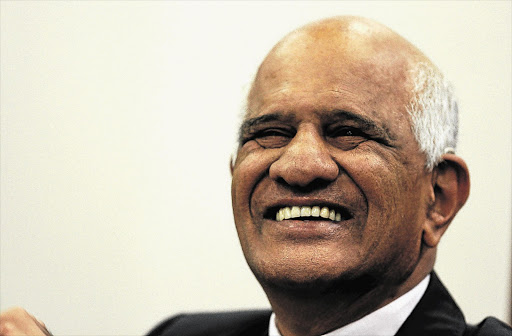 "How much do you want to go away?"

This was a question that retired Constitutional Court judge Zak Yacoob repeatedly asked the axed director of the KZN Blind and Deaf Society to persuade her to drop her case at the Commission for Conciliation, Mediation and Arbitration (CCMA).

In a telephonic conversation with Shamilla Surjoo, Yacoob - who is the society's president - tells her to record the conversation so that it can go "all over the internet."

TimesLIVE is in possession of the recording, which has been confirmed by both parties.

Yacoob called Surjoo on March 1 to discuss her CCMA challenge following her dismissal for gross negligence, breach of fiduciary duties and loss of trust after a financial officer allegedly transferred R12m into her personal accounts.

While Surjoo, who is legally blind, was not implicated in the fraud and claimed to have blown the whistle on the financial officer, an independent disciplinary committee dismissed her on the grounds that it had occurred under her watch.

This led to Surjoo lodging a complaint with the CCMA in order to be reinstated.

When Yacoob asked her during the call how much money she required to "go away", Surjoo replied that she was a person of integrity and could not be bought.

"I am disgusted that I trusted you, so now, how much do you want to go away? Please man," replied Yacoob.

When Surjoo referred Yacoob to her lawyer, he then replied that her lawyer "is the most idiotic lawyer I have seen in the world".

"I don’t want to talk to your lawyer, I am talking to you. So tell me, how much do you want?" he asked again.

The 11-minute call ends with Yacoob calling Surjoo a liar.

Yacoob went on to send Surjoo text messages asking her again to "name the amount". He offered to pay it from his personal bank account.

Three days later, on March 4, Yacoob sent a letter of apology to Surjoo via her attorney. In the letter to Cox Yeats Attorneys, Yacoob said he was embarrassed and also upset with himself for giving into his frustrations about what had gone on at the society and his ongoing discoveries.

"I am very, very sorry without reservation and request that you please convey my apologies to your client. I will of course not call her again," wrote Yacoob. "Your client has the right to use my lapses as she sees fit. I will not be found to be in denial or less than honest."

In the letter, Yacoob stated that he saw no reason for private mediation. "The society has lost enough money in this debacle and cannot spend more in a private arbitration. Please make any concrete solutions your client may have for settlement so that I can also discuss this with the board. We are a public organisation and must do everything transparently in terms of our justice system," he wrote.

On Wednesday afternoon, Yacoob told TimesLIVE that he could not comment on the telephone recording, text messages or his offer to pay Surjoo to drop her CCMA case as the society's committee had made a decision to desist from making comments to the media.

Surjoo told TimesLIVE that she had been made the scapegoat for the financial controversy that had crippled the organisation, while the "perpetrator of the fraud remains protected".

"These are public funds and those truly responsible must be held accountable. The public needs to know the truth," she said.

She added that she was saddened that Yacoob assumed she could be bought off. "I do not know where he gets the absurd idea that I could easily be drawn into a bargain with him. He is unfortunately mistaken. I will be challenging the patently unfair dismissal and I will not back down."

Policeman fishing for 'bribes' at roadblock arrested in Camps Bay

A police sergeant who allegedly urged motorists to pay a bribe to avoid being fined at a vehicle check point in one of cape Town’s most affluent ...
News
3 years ago