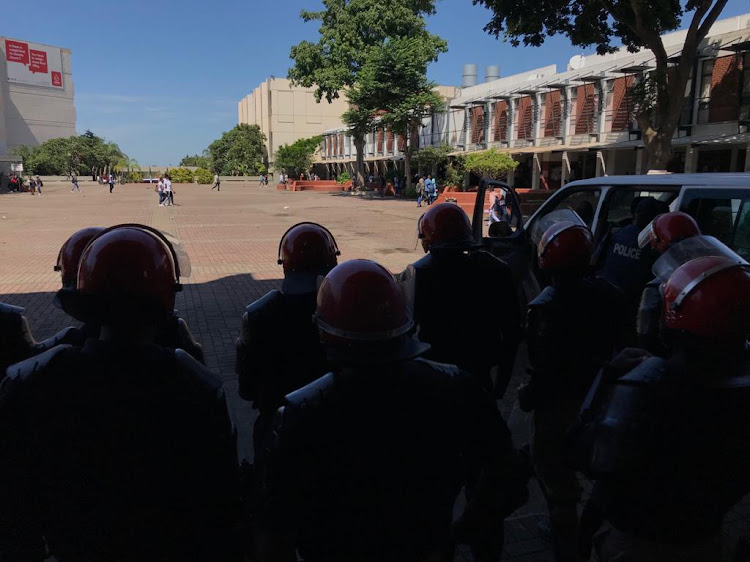 The student representative council (SRC) of the University of KwaZulu-Natal’s Westville campus has been suspended.

In a statement sent to staff and students on Tuesday, the UKZN's central SRC president Sanele Hlongwane said a special meeting was held on March 13 to discuss the issue of the EFF-led Westville SRC.

“Among the points that were discussed at the meeting was the case of the Westville campus representative council (WCRC), which has been reported several times to the office of the deputy president for misconduct by students and other SRC members,” said Hlongwane.

The suspension of the student body comes after protesters set fire to a building and a quad bike at the Risk Management Service building and threw rocks at the windows of a guard house on March 13.

Police and security officials are on high alert after protesters have set fire to a building at the Westville campus of the University of ...
News
2 years ago

At the time of the protests, UKZN's acting executive director of corporate relations, Normah Zondo, said the protest action on Westville campus was led by EFF students who had raised grievances outside the formal agreement reached between management and the SRC following two days of deliberations.

At the meeting last week, a decision was taken by the disciplinary tribunal to suspend the WCRC with immediate effect, pending an investigation.

“Once this investigation is concluded, the disciplinary tribunal will report back to the SRC for a sentence determination or the review of the decision by the SRC executive to suspend the Westville CRC,” said Hlongwane.

“In short, students who were serving in the Westville SRC are out of office and are non-SRC members until further notice.”

Xolani Dube, the chairperson of the SRC at Westville, did not respond to queries from TimesLIVE.

The university’s management confirmed that the decision to suspend the SRC had been taken by the central SRC.

Pending a verdict on the matter, members of the central SRC will assist with student issues and grievances at the Westville campus.

Protesters who set fire to a building and vehicles and threw rocks at police and private security at the Westville campus of UKZN on Wednesday are ...
News
2 years ago

Situation tense at UKZN campus as students burn down guardhouse

The situation remains tense at the University of KwaZulu-Natal's Howard College campus after students went on a rampage on Friday morning and burnt ...
News
2 years ago