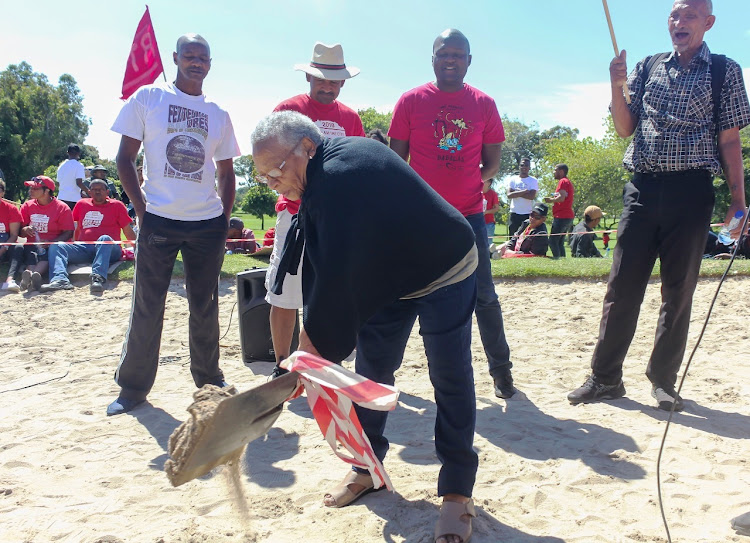 The deputy mayor of Cape Town refused to meet housing activists who occupied a Cape Town golf course on Thursday.

Reclaim the City protesters demanded the presence of Ian Neilson at Rondebosch Golf Club, but he told TimesLIVE he would not respond to threats.

The club featured prominently this week in a document from another NGO, Ndifuna Ukwazi, which said it was a prime example of the way the City of Cape Town made inefficient use of land suitable for affordable housing. 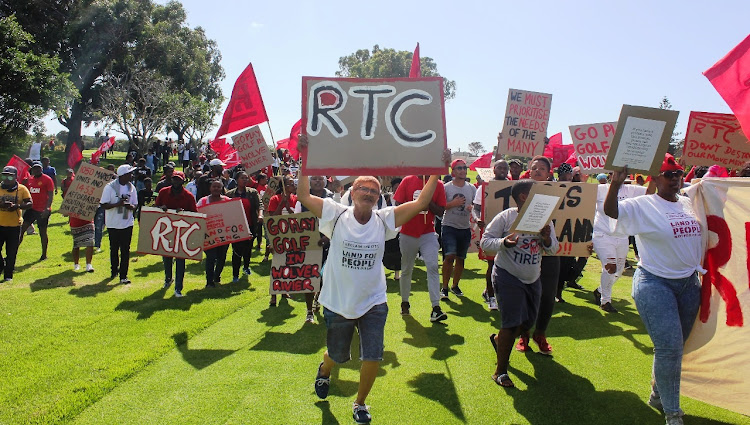 Protesters advance over one of the greens at Rondebosch Golf Club on March 21 2019.
Image: Reclaim the City

Neilson said: "We do not accept their actions as acceptable to the rules of engagement. In any case, their entire campaign is misplaced.

"The limiting factor in the provision of housing is not land, but funds for development."

The deputy mayor said more than 1,000ha was earmarked for homes in Cape Town. "When the national government (the constitutional authority for providing housing) provides the city and the province with adequate funds, that land will be developed."

International holidaymakers were among golfers who had to abandon their rounds on Thursday when Reclaim the City activists - numbering between 150 and 400, according to different sources - entered the course through a back gate. 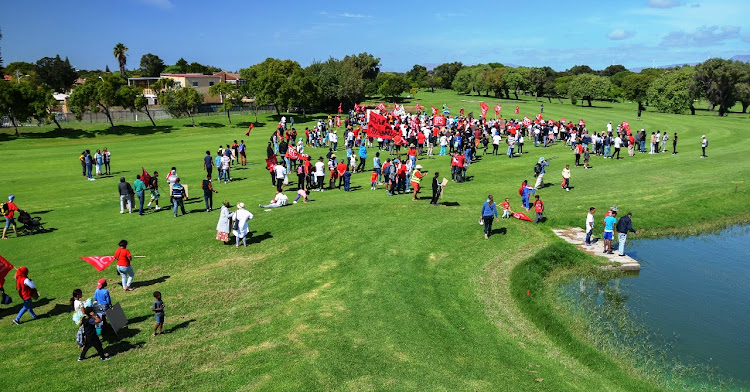 Reclaim the City spokesperson Zacharia Mashele said the protesters were "shocked to see how beautiful [the golf course] is inside. An oasis in the heart of our city with open fields, trees and rivers."

He added: "It’s clear our best public land has been captured by a few wealthy people while the majority of black and coloured residents continue to live on the outskirts of the city, far from good infrastructure, services and job opportunities.

"We gathered at the club house. The manager understood our struggles. He closed the club for the day and sent the golfers home. He gave us water and listened to our speeches. Our fellow residents are not our target."

About 200 activists occupied a Cape Town golf course on Thursday, calling for it to be used for affordable housing.
News
2 years ago

Fourth Beach braces itself for a lamb chop as protesters #ReclaimClifton

Clifton's Fourth Beach was ready for braaivleis, sunny skies and possible disarray on Friday as protesters vowed to slaughter a sheep in order to ...
News
3 years ago

The Western Cape High Court has interdicted housing activist movement Reclaim the City (RTC) from hosting an event at Woodstock Hospital on Sunday. ...
News
3 years ago