Three factories and a car burnt in Mandeni by protesters 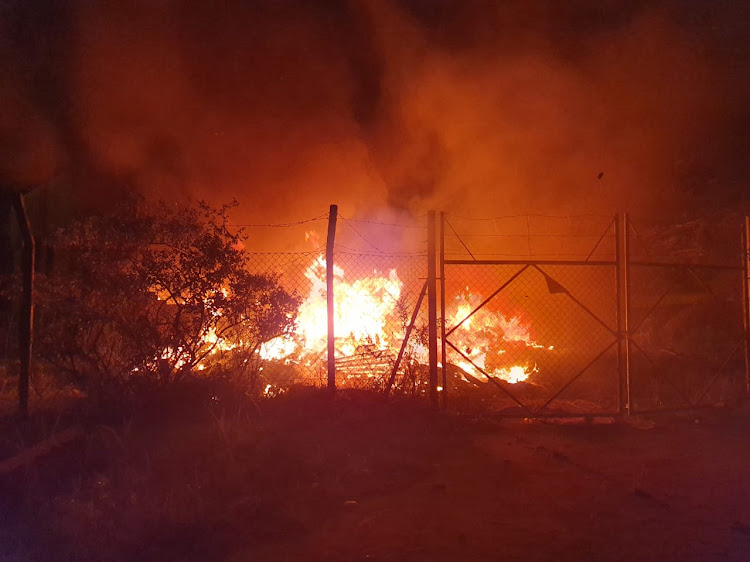 One of the three factories that were set alight in Mandeni on Thursday evening
Image: Supplied

Three factories and a car were torched in Mandeni, north of Durban, following a night of protest action on Thursday.

According to police, the factories were set alight following violent protests by community members.

Police fired stun grenades to disperse a group of community members who allegedly became violent after they handed over a memorandum to the municipality.

The area has been gripped by protests since Monday, after a letter titled "Shutdown Mandeni" circulated among residents.

The letter stated that the protest action was aimed at stopping the spending of the community's money, the alleged reckless usage of municipality resources and alleged nepotism within the entity.

"No person shall live a good life with our money while we remain poor," the letter read.

The letter also called for the resignation of the mayor, Siphesihle Zulu.

“They went to nearby shops where they looted and vandalised those shops. One suspect (27) was arrested for public violence at Mandeni police station.

"A vehicle which was passing by was set alight by angry protesters.

"This morning the roads were still blocked with rubble and stones. No arrests have been made for the burning of factories," said Zwane.

Isithebe Industrial Estate in Mandeni, northern KwaZulu-Natal, was a ghost town on Tuesday after violent protest action forced many firms in the area ...
News
2 years ago

Residents of Mandeni on the KwaZulu-Natal north coast are demanding that their mayor resign.
News
2 years ago