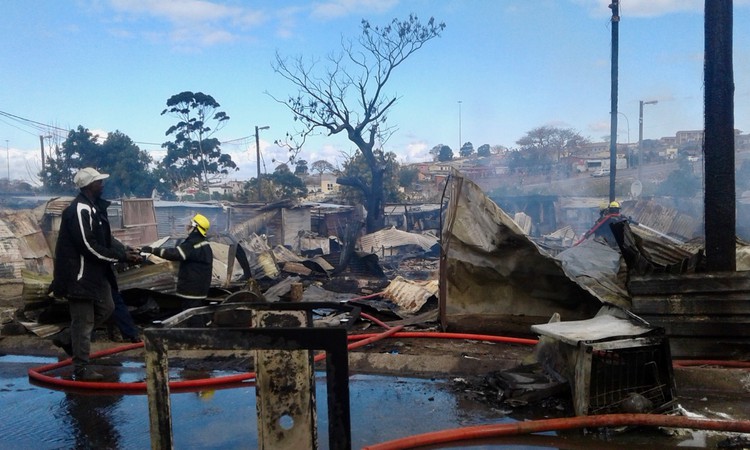 Two men died when a fire raged through numerous shacks at the Cato Crest informal settlement at the weekend, said KwaZulu-Natal police.

Capt Thulani Zwane said the charred remains of the two men were found in the rubble. He told TimesLIVE that it has since been established that the two were aged 30 and 33.

It was not immediately clear whether they had been in the same shack.

"The cause of the fire is yet to be known," Zwane added.

'I don’t know where to start': Stranded Alex fire victims speak out

Days after a deadly blaze tore through Alexandra’s informal settlement Stjwetla in Johannesburg, residents said they had no immediate hope of ...
News
3 years ago

Police are investigating the death of a four-year-old girl who was burnt beyond recognition in a shack fire at an informal settlement near Mountview‚ ...
News
3 years ago