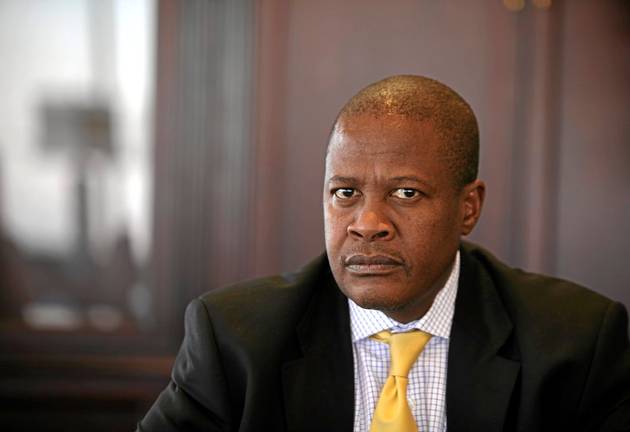 Former Eskom CEO Brian Molefe and four other former Eskom board members might never again hold directorships at a state-owned enterprise - at least if the wishes of Corruption Watch are granted.

Corruption Watch launched an application in the high court in Pretoria late last year seeking to have certain former members of the board of Eskom declared as delinquent directors.

The organisation also wants the court to declare that Molefe, Mark Pamensky, Anoj Singh, Venete Jarlene Klein, and Zethembe Wilfred Khoza acted in a manner that amounted to gross negligence with regards to the performance of their functions towards Eskom in terms of the Public Finance Management Act.

Corruption Watch also asked the court to declare that the declaration of delinquency subsists for seven years in respect of public and private companies, and for the lifetime of the person in respect of state-owned entities.

"Our case comes at a time when the full effects of the failure of Eskom leadership to maintain infrastructure, ensure good governance, and deliver on their mandate is felt all around the country – and especially by those who struggle every day just to survive," Corruption Watch executive director David Lewis said.

He said that despite the removal last year of the majority of the then board of directors of Eskom - and the removal of Lynne Brown as minister of public enterprises - a lack of oversight and poor management in the preceding years has left Eskom in an impoverished position and has contributed to SA’s economic instability.

President Cyril Ramaphosa says the government will go after people who stole money from Eskom, promising that “we will get our money back”.
Politics
2 years ago

In his founding affidavit, Lewis said the public had an interest in the proper governance and management of Eskom.

He said the ongoing problems with governance at Eskom had impacted on the country’s sovereign credit rating and Eskom itself had suffered numerous credit rating downgrades in the past 24 months.

"These downgrades have had a detrimental effect on the growth of our economy and have increased the cost of living, which directly and adversely affects all South Africans and, more dramatically, the most vulnerable and poorest of South Africans," Lewis said.

He said the importance of well-functioning and transparent state-owned entities could not be overstated.

"The facts, which are at the heart of this application, centre on the gross negligence, mismanagement and maladministration of Eskom by the respondent directors, who were directors of the company and were responsible for the management and control of the company as per the governing prescripts of law and embodied in the Memorandum of Incorporation," Lewis said.

Lewis said when the then acting Eskom CEO, Phakamani Hadebe, had announced Eskom’s interim results in January last year, he had stated that the significant challenges faced by Eskom were as a result of poor leadership and a lack of corporate governance by these directors.

Lewis said although all these directors and Molefe had resigned from Eskom, it was insufficient redress that a largely new Eskom board had recently been appointed.

"It is important that these individuals who so egregiously failed to fulfil their statutory, legal and moral obligations as directors are prevented from occupying these fiduciary positions again," Lewis said.

President Cyril Ramaphosa and the finance minister Tito Mboweni have set out two main proposals to fix the utility.
Business Times
2 years ago