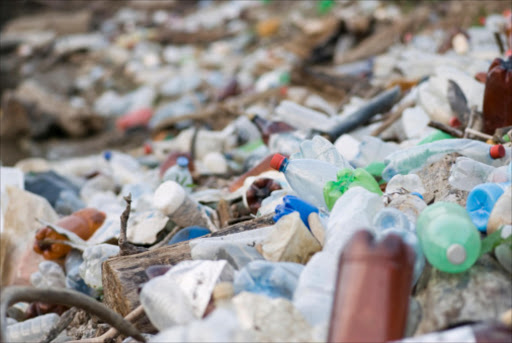 Protesters in Alexandra blocked roads on Wednesday morning. They list a lack of service from rubbish-removal company Pikitup among their grievances.
Image: File photo

He said traffic in the area had not been heavily affected.

On Monday evening, the ANC in the greater Alexandra region endorsed the shutdown, calling on residents to take part and encouraging a peaceful demonstration.

Residents of Alexandra in Johannesburg blocked roads in various parts of the area on April 2 2019 over what they say is poor service delivery and a lack of development.

"No demolitions or burning of already existing government infrastructure and properties (cars, businesses) of our people," the statement read.

The ANC in the region had accused the JMPD and Joburg Water of not "doing anything" to prevent illegal connections on the municipal infrastructure.

"The meters of formal residences are being compromised. JMPD under (DA mayor Herman) Mashaba has been reduced to only (placing) speed traps and ticket issuing, rather than effective policing of our metro.

"Bylaws are not enforced. (The) JMPD of Mashaba is in a honeymoon."

Zone secretary Banele Sangcozi said the city had failed to cut the grass in the area and that Pikitup was not collecting waste in the township.

"Waste is not regularly picked up. In some instances it is left to pile up in different corners of Alexandra."

A resident, who asked not to be named, explained the source of the tensions.

There were reports of an outbreak of xenophobic attacks in Springfield Park, Durban, late on Tuesday night.
News
3 years ago

“I was born and bred in Alexandra. Today we are protesting to bring our Alexandra back. We are sick and tired of (the) corruption that has been going on.

"Our land has been invaded by intruders. People coming from outside want to take what belongs to us. We are not fighting anyone. We are just making a statement to be heard."

She said that foreigners were occupying RDP houses and taking over every piece of vacant land in the area to build shacks.

“Crime is getting worse. We have a police station that doesn’t work for us as a community,” she said.

Other residents complained that there were too many drugs in the township and accused the police of not responding to calls to arrest those involved in crime.

In January, Alexandra residents began evicting people from some RDP houses, saying they had benefited from corruption in the allocation of the properties.

⚠️Traffic Advisory⚠️: :
Reports of protests in Marlboro next to Sasol filling station & in Alexandra at Lenin Dr & the Far East Bank next to Gautrain Station. 1x Ringleader has been arrested by @SAPoliceService. Please exercise extreme caution when travelling in that area. pic.twitter.com/2IG6QCH4KV

The #AlexTotalShutdown has already began. This is what I saw about 10 mins ago pic.twitter.com/Rt1hU1PlRz

The Gautrain was moving normally a few minutes ago and even though protestors were near the station, they were not at the station #AlexTotalShutdown

#AlexTotalShutdown Thanks to #JMPD & #SAPS I managed to walk into the Marlboro @TheGautrain station and catch my train. All shuttles from Marlboro station has been suspended. pic.twitter.com/iVD0qdwO2w

Residents closed off one of the main roads into Ladybrand in the Free State by burning tyres on Tuesday morning.
News
3 years ago

A 22-year-old man was shot dead and two others injured after more than 100 people stormed tuckshops in Kenville outside Durban on Sunday.
News
3 years ago