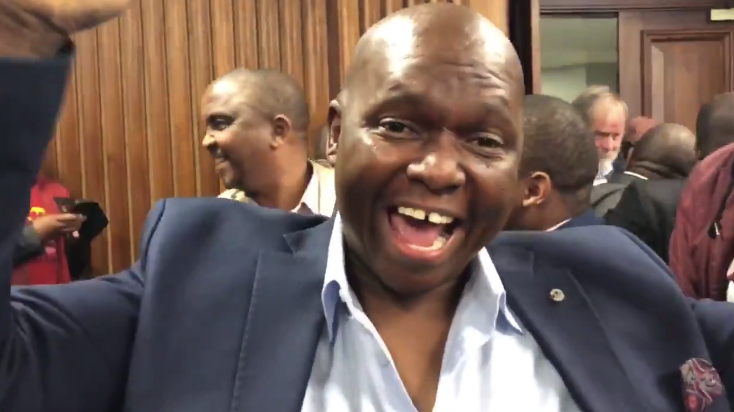 Mayor Mongameli Bobani laughed hysterically as a reporter from The Herald asked him about the raid on his office and home on Tuesday.

Bobani said he would have a press conference at noon to speak on the matter.

Bobani's office and home were raided by the Hawks on Tuesday in the presence of his legal representatives. In the swoop, the Hawks seized cellphones and a laptop belonging to Bobani's wife.

It is the second raid in six months.

Mayor Mongameli Bobani laughed hysterically as a reporter of The Herald asked him about the raid on his office and home on Tuesday. Read more: https://bit.ly/2TRJfHd

In October, the Hawks seized documents, cellphones and laptops in another probe linked to the Integrated Public Transport System.

The Milongani draft report by PricewaterhouseCoopers details allegations of tender rigging, fraud and collusion by officials in the municipality's public health department.

Mayor Mongameli Bobani will face a fresh attempt to remove him from office at Friday’s Nelson Mandela Bay council meeting.
Politics
3 years ago

The probe found that about R18.5m of the total that was paid to Milongani under the guise of "waste diversion and beneficiation" was actually for the salaries of six interns and a retired metro employee paid through Milongani. But the salaries paid to the staff over 16 months actually amounted to R1.3m, according to the report.

Bobani, who was political head of the public health department for the latter part of Milongani’s three-year contract, was not named as having done anything untoward in the draft report seen by The Herald.

The final report is yet to be released.

Bobani was fired from the position in May 2017 by then mayor Athol Trollip amid claims that irregular payments had been made to Milongani while Bobani held the position in public health.