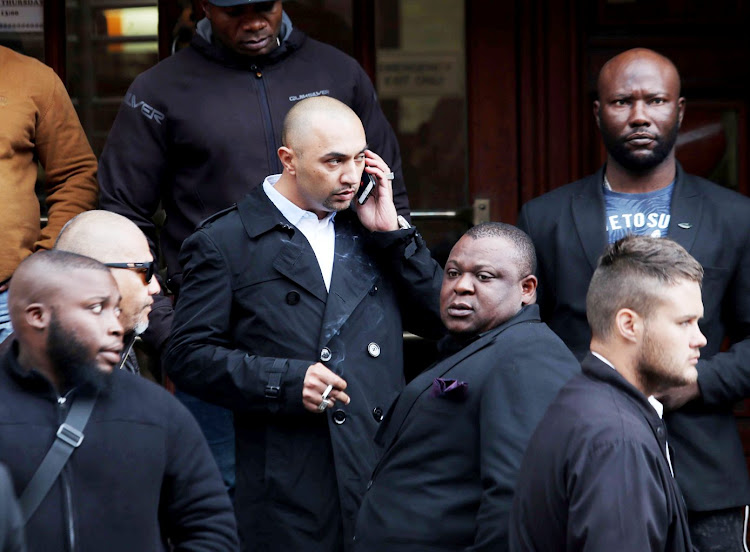 Nafiz Modack, centre, surrounded by bodyguards outside the Cape Town Regional Court during a break in his extortion trial this week.
Image: Esa Alexander

Fear, protection money, cops and cocaine. These are the secret ingredients in Cape Town’s troubled nightlife.

Cracks in the extortion case against one half of the city’s alleged criminal underworld have shed light on the dark side of the bright lights of Cape Town’s clubland.

This week, Radley Dijkers, group brand manager for the company that owns The Grand Africa Café & Beach, the Green Point nightclub Modack and Booysen allegedly extorted, testified at their trial that the club cooked its books to hide from police the fact that it was allegedly paying an extortion fee. 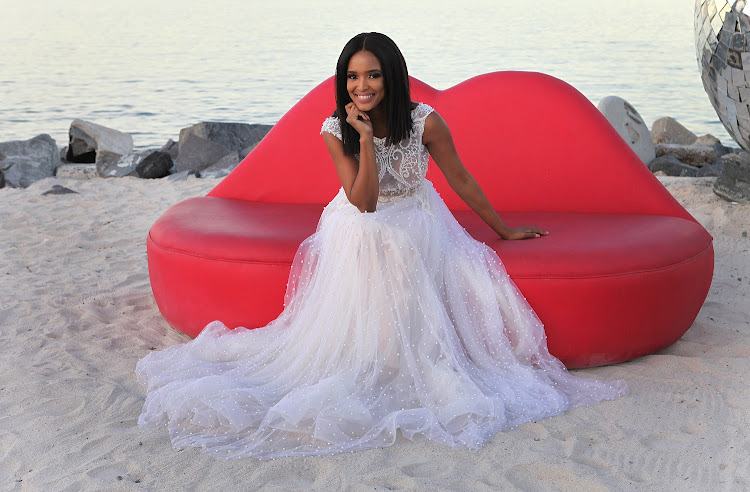 On Thursday, he told the Cape Town Regional Court he deliberately misled the police when he requested an invoice for R90,000 from one of his alleged extortioners, Carl Lakay.

Lakay, who was killed in a hit before the case went to trial in November, was the first person to tell Dijkers there was going to be a change in management at The Grand Africa Café’s security service.

The new arrangement, which began in April 2017, was not something Dijkers had any say in, he claimed, because he had heard in the news and from fellow club managers that the underworld was at war for control of Cape Town nightclubs. He and his bosses apparently accepted their fate.

Dijkers said he was happy with the services offered by TSG, the security company operated by Modack and Colin Booysen, but he continued to claim he had no choice about whether to use the outfit, despite conceding no direct or indirect threat had been made against him by TSG.

A Cape Town businessman's desire to give his wife an exotic car turned into a drawn-out nightmare which resulted in him losing a Ferrari and a ...
News
3 years ago

He told the court that one of the first people he called about the TSG move was bouncer boss and alleged underworld figure Andre Naude. “I called [him] on the night of the takeover. He told me, you’ve got to go with the flow,” said Dijkers.

He said he assumed Naude was the man behind Lifestyle and Leisure, the security company which protected The Grand Africa Café and its private beach next to the V&A Waterfront before TSG took over.

Then he called the Hawks, testifying and testified that an officer told him: “If Andre Naude can’t help you, no one can.”

On November 4 2017, Dijkers paid Lakay R90,000 in cash retrieved from bar tills. That day, he said, he had “negotiated” with Colin Booysen, Modack and Cronje about the monthly fee the club would pay. Cronje wanted R150,000, but Dijkers was concerned about profit margins. 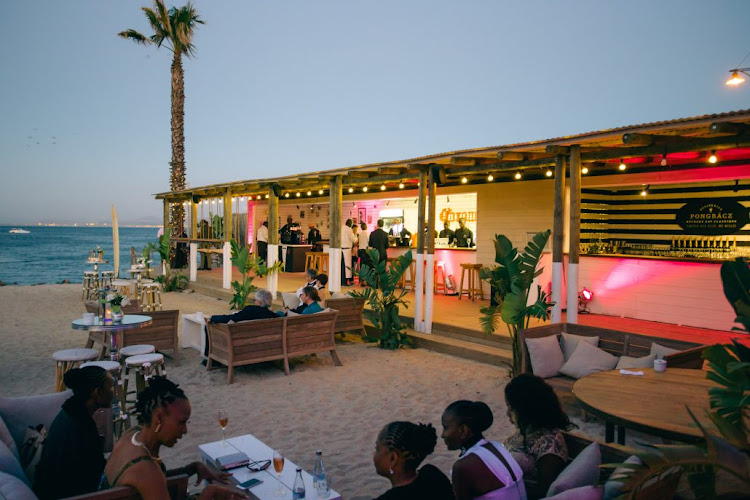 Booysen settled the deal with a R90,000 offer, which was accepted by Dijkers, who said he had the blessing of the club’s owners, the Harbour House Group, to negotiate with the men.

Four days later, Dijkers said he and Sue Lerm, The Grand’s proprietor, requested an invoice from Lakay for the R90,000, as well as one for a R100,000 up-front payment for their security management.

Dijkers said police captain Sharon Japhta threatened him with arrest if he did not give a statement in the case against the men. But two days after the accused were arrested, the relationship between Dijkers and Japhta changed dramatically.

She even posted a squad of officers from her “gang unit” at The Grand at Dijkers’ request. Dijkers gave them all, including Japhta, branded jackets “in order to generate goodwill”. But this was not the last time he saw Japhta. 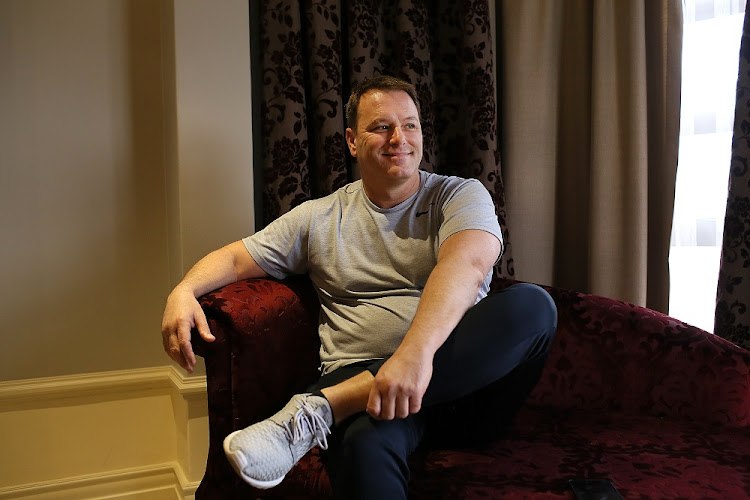 On December 17 2017, said Dijkers, he felt unsafe. Despite his new friendship with the police, he needed better protection than even Extreme Measures (the security company for Harbour House Group) could deliver and contacted Lifman.

Lifman picked up Dijkers at the marina next to The Grand, out of sight of the establishment’s cameras, and drove him to his nearby home. Dijkers explained his predicament to the alleged underworld boss. Lifman encouraged him to testify in the extortion case and for another hour they chatted in his lounge.

Then Japhta arrived with members of her “gang unit”, apparently unsurprised to see him. He felt awkward and embarrassed, he claimed, at being seen with Lifman in front of a police officer he trusted. He was led to believe Japhta was there to take a statement.

Since then, Dijkers told the court, he had met Naude and Jerome “Donkie” Booysen in a Sea Point coffee shop to discuss them resuming control of security at The Grand.

The defence asked Dijkers about a conversation he had had with Modack. “You asked him if he allowed the sale of cocaine in his clubs. Do you recall that?" asked counsel Dirk Uys.

Dijkers mumbled that he could not recall that conversation.

Uys then stated emphatically that his client, Modack, had told Dijkers “he was not interested in that”.

They need more than two gunmen to get me, says 'murdered' Nafiz Modack

That was Nafiz Modack’s WhatsApped response to TimesLIVE on Tuesday after reports that he had been shot dead in Cape Town.
News
3 years ago

One of the commanders of the Western Cape anti-gang unit says he has never heard of Brett Kebble's killer, Mikey Schultz.
News
3 years ago