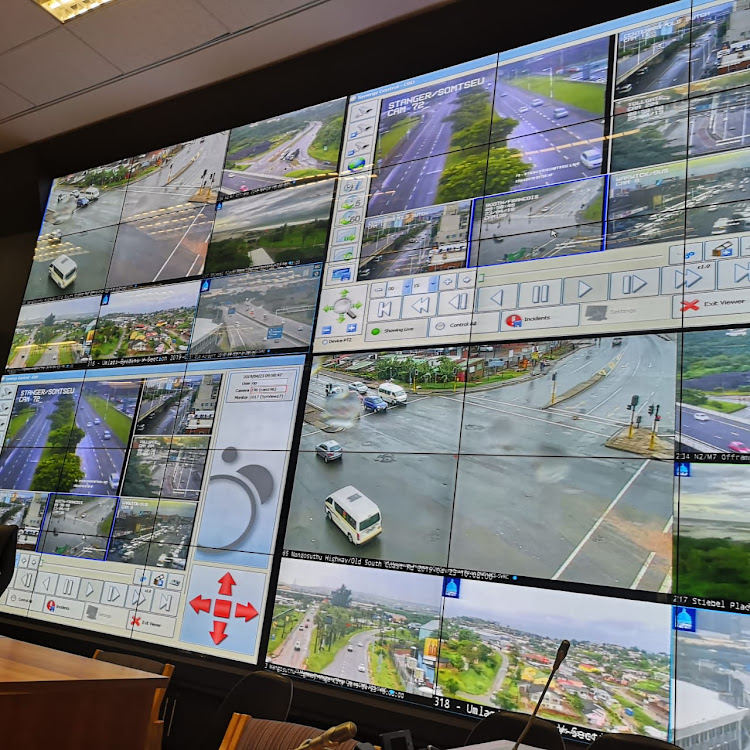 eThekwini Disaster Management centre has all hands on deck on Monday following torrential rain that has hit Durban since Monday night. They have recorded 23 deaths.
Image: Suthentira Govender

The vicious storm that pounded greater Durban since Monday night has claimed at least two dozen lives and and left 32 people injured.

Cogta said at about 10am that at least 23 people had died in the flooding - but paramedics told TimesLIVE that three additional bodies had been recovered from a collapsed house in the Queensburgh area, bringing the total number of dead to at least 26.

Dube-Ncube said more than 2,000 emergency calls had been logged since Monday night.

"From where we stand, we have reports of collapsed walls, and mud slides as well as roads that have been flooded," she said.

She said parts of KwaZulu-Natal were also experiencing power outages because of the extreme weather.

Emergency workers have been responding to desperate calls for help since early on Tuesday morning.

"The weather is not going to be abating soon, as the weather centre is reporting that we will [have a] 60% [chance] of rain today and gale force winds will be coming from the southern part of KZN.

"Cogta will be conducting assessments of the damage but estimates that it could run into millions [of rands].

Additional help in terms of disaster management has been sourced from other municipalities.

Queensburgh, south of Durban, was hard hit by floods on April 22 2019 and left seven people dead after structures collapsed in the area. TimesLIVE journalist Orrin Singh reports from the ground.

Emergency rescue and medical services have worked through the night in the wake of torrential rains which have pounded parts of KwaZulu-Natal since ...
News
2 years ago

Critical wards at Durban's Addington hospital were plunged into darkness following a torrential downpour in the city on Wednesday.
News
2 years ago