Suspended Hawks general back on job...but she isn't off the hook yet 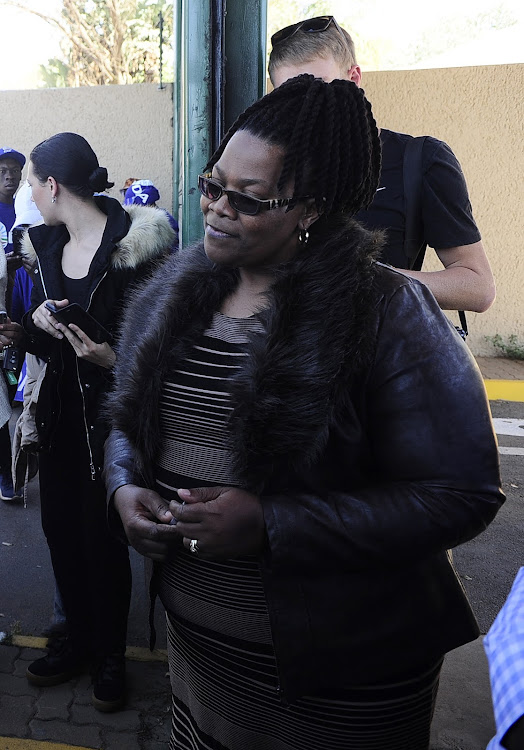 Maj-Gen Zinhle Mnonopi who has returned to her job at the Hawks despite her disciplinary hearing not being finalised yet.
Image: Thulani Mbele

The Hawks have confirmed that Major-General Zinhle Mnonopi has returned to work despite a disciplinary hearing against her not being finalised yet.

Mnonopi had been suspended amid allegations that she tried to wreck a bribery case laid by Mcebisi Jonas against one of the Gupta brothers.

Spokesperson Hangwani Mulaudzi said: "[The displinary hearing] is not concluded. She was suspended and according to our regulations, everything should have been finalised within 60 calendar days. Unfortunately all the processes were not finalised and hence the upliftment. She is at work but still facing a internal disciplinary process," Mulaudzi said.

He was responding to a Sunday Times report that Mnonopi had been brought back to work without any action being taken against her.

Jonas had told the Zondo commission last year that Mnonopi had referred to the case as a "DA matter" and told him she wanted to "kill" the case. This after Jonas had claimed that Ajay Gupta had offered him a cabinet post and a R600m bribe.

Mnonopi filed an affidavit with the commission disputing Jonas's claims. She accused him of defeating the ends of justice by failing to report the matter on time.

Mnonopi was suspended last September but the Sunday Times reported that a source within the unit said: "She returned like nothing happened."

At the time of her suspension, Hawks head General Godfrey Lebeya said investigations had found there was enough evidence to warrant her suspension.

The Sunday Times also reported that Mnonopi's husband, Captain Thembani Luyanda Mnonopi, was arrested earlier this month on charges of corruption and extortion, among other charges.

On this case, Mulaudzi said: " With regard to her husband, Captain Thembani Mnonopi, 54, and two other Hawks members, Captain Mydarling Ndaba, 39, and Warrant Officer Zandile Shabane, 49, they have already been served with notices of suspensions whilst their criminal case is ongoing.  They are expected to appear again at the Alexandra Magistrate's Court on May 27 2019."

Suspended Hawks general back on job

A Hawks general, who allegedly tried to wreck a bribery case laid by Mcebisi Jonas against one of the Gupta brothers, is back at work - and in the ...
News
2 years ago

The suspended head of the Hawks’ anti-corruption unit‚ Major-General Zinhle Mnonopi‚ has made a surprise withdrawal of her application to ...
News
3 years ago