Shock therapy to shield SA from collapse, plus 5 highlights from the new Vrye Weekblad 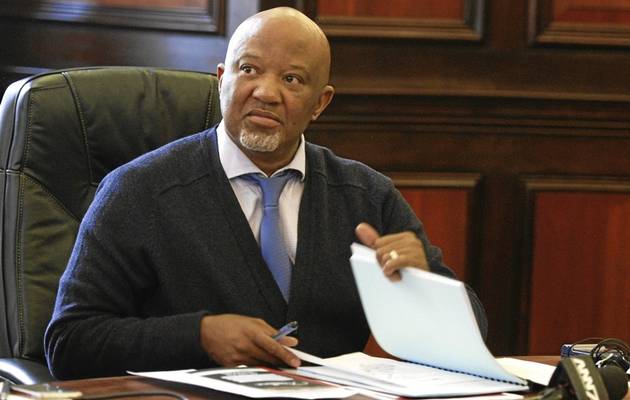 Amid a serious national debate about the crisis in SA's economy and the pros and cons of a massive bail-out by the International Monetary Fund (IMF), Mcebisi Jonas – the former deputy finance minister and Ramaphosa confidant – has warned that continued weak economic growth eventually will lead to "Venezuela-like populism and democratic collapse", writes Max du Preez in this week's edition of Afrikaans digital weekly Vrye Weekblad.

In his newly released book After Dawn: Hope after State Capture, Jonas writes that SA's struggling state-owned enterprises will lead the country to ruin unless we make "difficult choices" and implement these rapidly.

The IMF's conditions for structural changes, says Jonas, would include radical reforms such as sharp cuts to government spending – especially by firing officials and trimming social welfare spending.

Business leader Magda Wierzycka, who visited Greece last year to study that country's financial collapse and the impact of an IMF bail-out, said such a loan would be a "terrible thing" for SA.

The Greek government had to raise VAT to 23% and income tax to 70%, while state enterprises were privatised and salaries cut sharply. This caused chaos and instability in Greece, she said, and SA – considering its history, diverse population and high levels of inequality – presented a much greater risk.

The only comment from the ANC about the possibility of an IMF loan was a short answer from Jackson Mthembu, minister in the presidency, after the most recent Cabinet meeting. "There is no appetite and no need for that," he said.

The full article is FREE TO READ in this week's Vrye Weekblad:

5 other must-read articles in this week's Vrye Weekblad

FREE TO READ – WORLD CUP FOR THE BOKS? | SA once again has a Bok team to believe in – and that's half the battle won for the players who dream of lifting rugby's most wanted trophy on November 2 in Japan, writes Brenden Nel.

FREE TO READ – PUZZLE OF THE RED BERETS | After six years we still don't know what the EFF stands for and who its supporters are. Are they a bunch of bullies? Yes. But fascists or populists? Perhaps a step too far. Piet Croucamp tries to put the EFF in the right box.

SUNDAY LUNCH | In part two of a series about the modern SA Sunday lunch, Annelize Visser recommends a starter to create expectations, a glass of brandy to relax the chef and a dessert to crown it all.

SUNNYSIDE | Waiters know your name and everything is within walking distance. After two months, Sunnyside is feeling a lot more like home for Gielie Hoffman. And he realises why he would not swap this comfortable buzz for all the peace and quiet in the world.