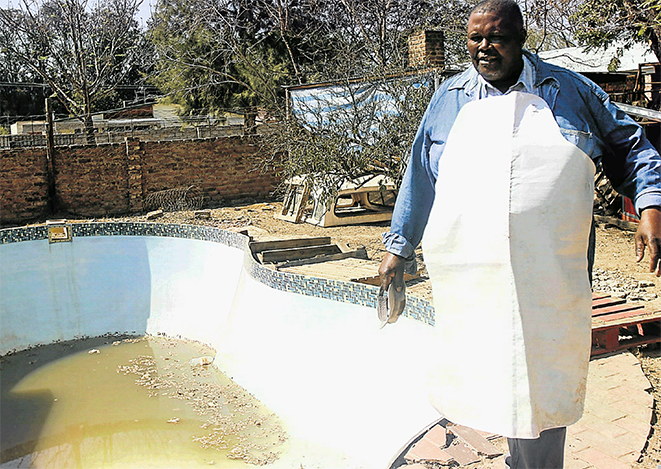 Nick Mlumbi of Fort Beaufort, seen here at his home, took matters into his own hands on Tuesday..
Image: MICHAEL PINYANA

He said he was tired of the municipality's delay in fixing broken sewage pipelines near his house. Mlumbi was witnessed throwing the waste inside municipal offices.

Mlumbi, a resident of Fort Beaufort for 20 years, said he had had enough of what municipal officials were doing to him and his family.

He said: "I took the decision to dump this waste water in their offices so that they can feel what I am feeling here for the past years."

For the full story, visit DispatchLIVE.

Beaches in Umhlanga remain closed following a sewage spill that contaminated the Ohlanga River two weeks ago.
News
1 year ago

'No one wants to listen to us': angry Kliptown residents turn to SAHRC

A private company is under police investigation after a honey sucker truck was dumping raw sewage into the Mthatha Dam, which provides clean water to ...
News
1 year ago