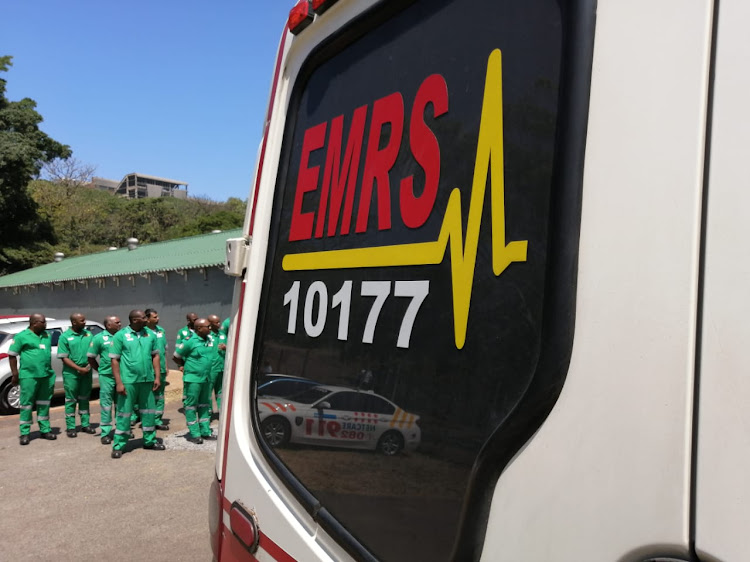 Health minister Zweli Mkhize on Thursday announced the implementation of a new three-digit number which will replace the emergency number 10177.

Mkhize was speaking at the official launch of the national Emergency Medical Services (EMS) day, which will now be held every year on October 17 to celebrate and honour the medical staff who “continue to go above and beyond the call of duty to save lives”.

During his speech at the EMS base in Durban, Mkhize said the number “112” will officially replace the current EMS number 10177.

Mkhize said the 112 number would act as a filter for emergency organisations, screening calls and routing only emergency-related calls to specific organisations such as the police, EMS or fire brigade.

He said the 10177 number currently being used by EMS would be phased out and emphasised that the 112 number would be much easier to teach to children.

“The three-digit 112 is a number that will be easy to teach, even to children at kindergarten, Children are quite techno-savvy these days, at two or three they manage phones.”

He appealed to the public to give as much information as possible when calling the new emergency number, including:

Mkhize also weighed in on the recent attacks on medical staff and paramedics who have been victims of crimes while performing their duties.

“I want to say that we have been very deeply disturbed to witness EMS personnel being attacked by the very same community members whom they are serving.”

Eastern Cape ambulance drivers and their assistants are servicing Port Elizabeth’s townships again after boycotting them for a week out of fear for ...
News
2 years ago

He said anyone who attacked emergency workers declared war on the lives of South Africans.

“I am here today to tell the community that you cannot afford to jeopardise the lives of these critically needed, skilled treasures. Therefore we will not tolerate this.”

He said when the government is no longer able to dispatch ambulances because of fear for EMS workers' lives, "then it means the entire service is crumbling".

“It cannot be our own community that must look on when people call ambulances, hijack, abuse, rape, attack, and kill emergency medical service workers, and expect that it's going to be easy for the next one to respond to a similar call to the same area.”

He said while his department was working closely with the minister of police to bring such offenders to book, the onus of reducing such “heinous” crimes lay with leaders within communities.

“We call upon the communities to denounce these attacks and say that enough is enough.”

Mkhize provided insight into the newly establish Health Sector Anti-Corruption Forum, which will deal with fraudulent activities within the industry.

The forum would include members of the SAPS, the SIU, NPA and the Hawks, and look at rooting out corruption.

“We want to start by stamping out corruption, so by the time we launch NHI, we no longer have fear and distrust among communities,” he said.

A paramedic driving an ambulance was attacked by a passenger as they transported an injured motorist to hospital in the North West.
News
2 years ago