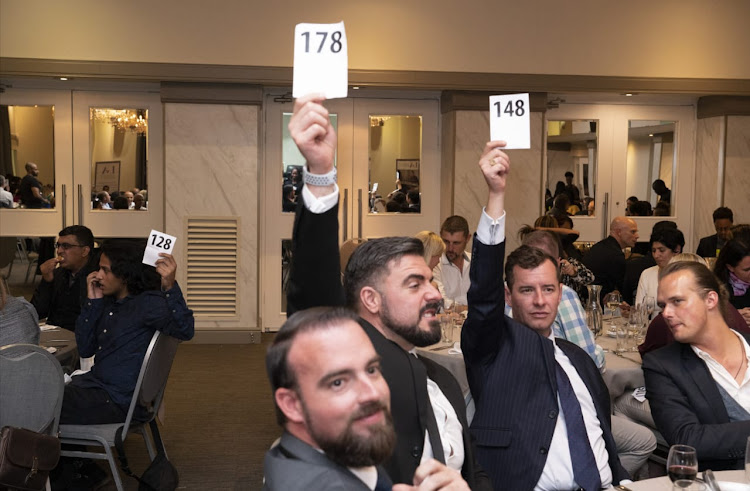 The Lawyers Against Abuse biennial art auction raised just under R1.2m which will be used to support victims of gender-based violence.
Image: Provided

A non-profit organisation focused on helping victims of gender-based violence in Diepsloot, north of Johannesburg, has received a cash injection of more than R1m.

Lawyers against Abuse made the money from its biennial art auction & gala dinner at Killarney Country Club last month. The auction featured 128 pieces, all donated by artists, galleries and collectors.

The executive director of the organisation, Lindsay Henson, said the R1.2m raised would be used to help more victims as the lack of money often hindered the pursuit of criminal cases.

“The funds will be of great assistance as we depend on donor funds to function … they will come in handy as we’re looking into expanding into a new community in the Johannesburg area,” said Henson.

The organisation said it defined gender-based violence (GBV) as child, sexual and domestic abuse and was at the moment investigating more than 60 cases from a single community.

“We are a small centre but we receive calls from victims outside Diepsloot daily and we’re unfortunately not able to help … we would like to move faster in terms of moving into another community but there are processes to be followed,” she said.

Among others, the centre provides holistic legal and psychosocial support services. It is also working towards strengthening the justice system’s response to GBV while empowering communities around their legal rights.

While several cases of gender-based violence had made headlines in recent weeks, the  centre said the cases had always been there but received little or no media coverage.

“We would argue that there is not necessarily an increase in the prevalence of rape and gender-based violence … but rather what we are seeing is an increase in media attention and political will in this issue,” she said.

To date, the centre said it had helped more than 1,000 victims since its formation in the area five years ago.

Jackson Mthembu touches base on gender-based violence, oppression and equality.
News
2 years ago