The DA is down, but not out, and other highlights from 'Vrye Weekblad' 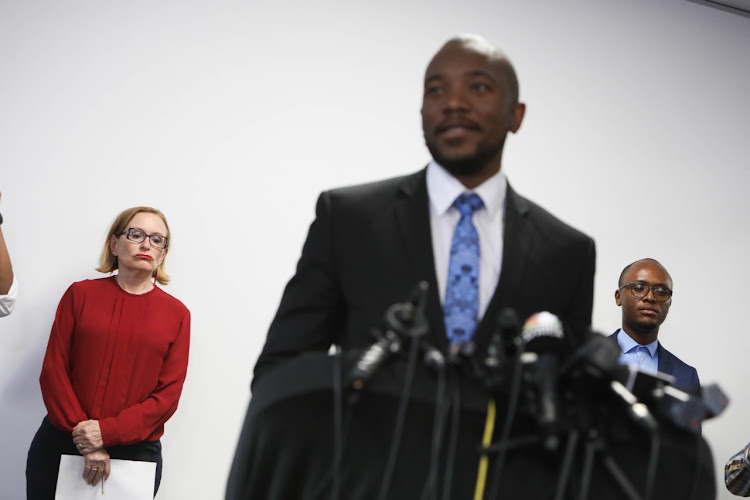 The shallow and sensational analysis of the drama surrounding the resignation of DA leader Mmusi Maimane, federal chair Athol Trollip and Joburg mayor Herman Mashaba is a good barometer of the pathetic state of the political discourse and unhealthy political culture in SA.

The crisis in the largest opposition party is far more complex than a simple division between black and white, left and right, and progressive and new-style liberal, writes Max du Preez.

If the DA had managed to maintain its growth over the past decade in this year's elections, there might have been less of a crisis and Maimane would not have received most of the blame.

The shift that was brought about when Cyril Ramaphosa became president, after a dismal decade of Jacob Zuma, and the hope that Ramaphosa brought that the country could be run properly again severely impacted on the DA's room to grow.

Read all about it in this week's edition of Afrikaans digital weekly Vrye Weekblad.

It was unrealistic to expect the DA to keep its support at the 26,9% it got in the local government elections in 2016. Voters don't necessarily vote for the same party in local and national elections, and the DA's good record in local government gave it a boost that year. Plus, that election took place just as South Africans began to realise what state capture meant and what Zuma's role in it was.

People shooting holes in the DA from the comfort of their lounge chairs don't take into account that the political culture in the country over the past five or six years took a sharp populist turn with the help of a desperate Zuma and his Gupta/Bell Pottinger clan, as well as Julius Malema's EFF and the #Rhodes/FeesMustFall movement.

This is not the kind of environment in which a moderate, centrist party can flourish.

THE WEEK IN POLITICS | Max du Preez writes that Joburgers are going to miss Herman Mashaba, as well as focusing on Gwede Mantashe pandering to trade unions and government officials who don't want to Thuma Mina.

FREE TO READ — WHAT THE HELL IS GOING ON WITH OUR CRICKET? | There is a leadership vacuum at Cricket SA, writes Luke Alfred.

THE DA'S CROWN PRINCE | Anneliese Burgess' conversation with John Steenhuisen gives a fascinating glimpse into the inner workings of the DA and the character of the man who is now seen as the party's crown prince.

FREE TO READ — MEDITATION HURTS | On day nine of her meditation course, Bibi Slippers feels like a hysterical guinea fowl who wants to go home.

DYSFUNCTIONAL DISTRICTS | Jaco Visser looks at the financial statements of 44 district municipalities and asks if they are worth the cost.