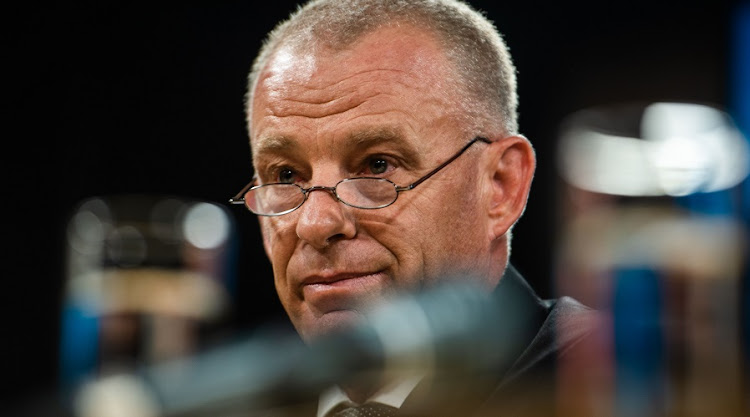 Social media was flooded with reactions to AfriForum's announcement that renowned Advocate Gerrie Nel had been appointed to represent the family of Senzo Meyiwa.

The private prosecutions unit announced on Tuesday that it would lead its own investigation into the death of the former Orlando Pirates and Bafana Bafana soccer player, and hoped it would embarrass law enforcers enough to move them to action.

AfriForum comes on board five years after Meyiwa was gunned down in an alleged botched robbery at his girlfriend Kelly Khumalo's family home in Vosloorus, east of Johannesburg.

Speaking alongside Senzo's brother, Sifiso, AfriForum's Kallie Kriel said they had the best investigators working on the case.

Social media was soon filled with comments and memes in reaction to the news, with some slamming police and prosecution authorities for "failing" the Meyiwa family.

Others joked that they were ready to apply for their AfriForum membership cards if they crack the case.

I can't believe this day would come where I will be hooting for the #Afriforum to get justice for #SenzoMeyiwa pic.twitter.com/rUPum5GS37

"It don't matter whether the cat is black or white, long as it can catch mice"📌#Afriforum #SenzoMeyiwa pic.twitter.com/hKHi8qpTxs

SAPS & NPA should hang their heads in shame!

Adv Gerri Nel doesn’t play. Everyone who was in that house, every Politician involved, every corrupt Police officer is going straight to jail. All Of Them.

#SenzoMeyiwa killer watching all the breaking news about #SenzoMeyiwa investigations for the past 5 years. pic.twitter.com/X3nQAqrxOe

I used to think Afriforum is a construction campany untill today #Afriforum pic.twitter.com/5AjKnXhHsB

#Afriforum doing the Lord's work by following up on the #SenzoMeyiwa story.....kodwa we still don't trust them fully 🙄 pic.twitter.com/9TMlfWDuWz

Can @afriforum just tweet in English net vir this case, they can gaan terug to Afrikaans after #SenzoMeyiwa case is resolved! 🤷🏾‍♀️ gape I didn’t get anything on this thread 😢#Afriforum pic.twitter.com/CVCd5uV06L