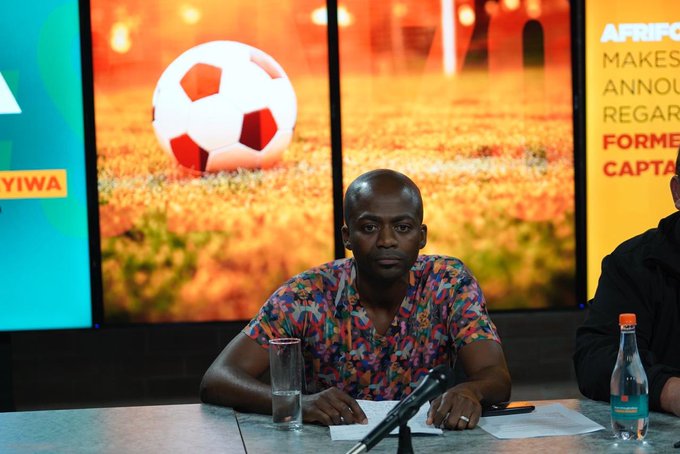 The renowned advocate's involvement was announced on Tuesday by AfriForum's Kallie Kriel, who said they took on the case following a request from the Meyiwa family.

Speaking alongside Senzo's brother, Sifiso, Kriel said they had the best investigators working on the case.

“We cannot promise that we will solve this but we will do our very best to see that justice is done,” said Kriel.

The private prosecutions unit comes on board five years after Meyiwa was gunned down. During this time, the National Prosecuting Authority (NPA) has not yet prosecuted anyone in regards to the incident.

The 27-year-old goalkeeper was gunned down in what was described as a botched robbery in Volsoorus, east of Johannesburg, in the presence of his girlfriend, Kelly Khumalo; her mother, Ntombi; sister Zandi; Zandi’s boyfriend, Longwe Twala; his friends Mthokozisi Twala and Tumelo Madlala; and their son, who was four-years-old at the time.

OPINION | While we want justice for Senzo, let's not be the schoolyard bully

The cancel culture is getting a lot!
TshisaLIVE
2 years ago

A man was arrested in connection with the incident shortly after his death, but was later released and filed a lawsuit against police for wrongful arrest.

Meanwhile, the office of the national director of public prosecutions (NDPP) Shamila Batohi announced she was “concerned and unhappy” that the case was unresolved.

Her spokesperson, Bulelwa Makeke, said last month that Batohi had been in contact with the family.

“The NDPP has committed to meet with the national commissioner of police to understand what the issues are and to urge for progress to bring the matter to finality.”

“The NPA has no authority to make decisions about the allocation of investigators to cases. That is within the powers of the police, and the national commissioner of police has ultimate authority in that regard.”

At the time, SAPS national spokesperson Brigadier Vish Naidoo said he could not comment about whether investigators working on the case had changed, or whether the NDPP had made a recommendation for a change in investigators.

Five years after his death, will there be a new investigation team to find Senzo's killers?

October 26 is a hard day for Ntombifuthi Meyiwa, the mother of slain Bafana Bafana goalkeeper Senzo Meyiwa, as it marks the fifth anniversary of his ...
News
2 years ago