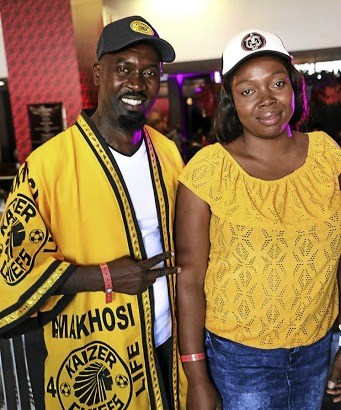 SA's favourite lovebirds, Hector Mkansi and Nonhlanhla Soldaat, had a whale of a time at the weekend, including enjoying the Soweto derby at a packed FNB Stadium.

The couple, who won many hearts following the wedding proposal at a KFC outlet last week which trended on Twitter in SA and globally, have received sponsorship pledges from corporate brands.

Since their heartwarming video broke the internet, the lovebirds have assumed celebrity status. They were also the couple to look out for among the 80,000 people who thronged the stadium on Saturday.

Mkansi is an ardent Kaizer Chiefs supporter while Soldaat swears by Orlando Pirates.

Before the game, Soldaat jokingly said there would be no supper if her team lost. But Mkansi countered by saying that said now that the lobolo had been paid, he would make sure  his partner crossed over to Amakhosi.

Zinhle Modiselle, public affairs director for KFC Africa, said the company would look at how best it could help the couple in co-ordinating the donations and pledges which continue to stream in. These range from a paid honeymoon to clothes.

A couple seen getting engaged in a KFC vaal outlet on November 6 2019 has gone viral. KFC is on a mission to find the couple and has asked Mzansi and residents in Vaal area to help them in their search. In the video posted on Twitter, a man is seen kneeling down in front of the woman, who seems surprised and overwhelmed. The proposal was done in full view of KFC patrons. 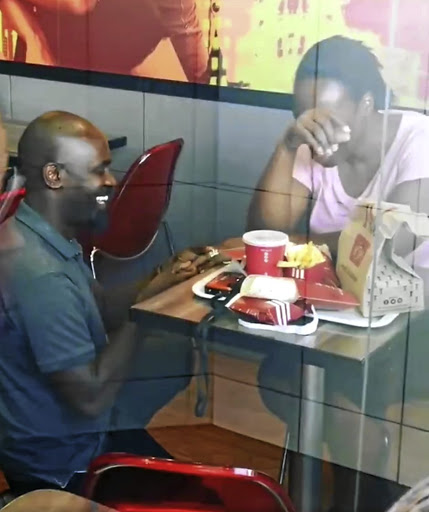 "We are fully respectful of the couple's privacy and wishes so all plans will ensure those are respected," Modiselle said. "We are working closely with the couple and providing all the guidance required to co-ordinate final efforts towards fulfilling their dream. We will definitely be sharing an update in the coming weeks," she said.

Performers including DJ Fresh, Ami Faku, Zakes Bantwini and Donald have offered their services free on the big day.

KFC proposal couple found - and the wedding is gonna be lit!

Meanwhile, several top brands have also pledged donations of money, petrol and drinks for the wedding and honeymoon.
News
2 years ago

Pick n Pay and Cricket South Africa have joined the manhunt for the couple who got engaged at a Gauteng KFC.
News
2 years ago