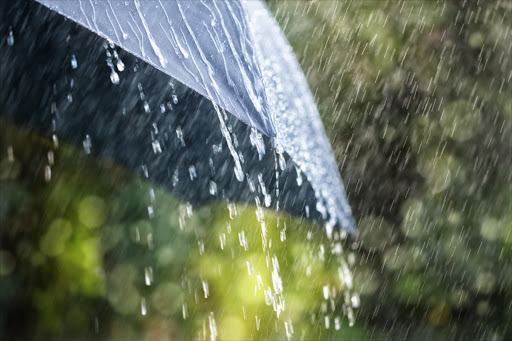 More rain is expected to batter parts of KwaZulu-Natal on Thursday and Friday.
Image: iStock

Rain-ravaged KwaZulu-Natal is in for more torrential downpours, the possibility of localised flooding, mudslides, destruction of property and further traffic disruptions over the next two days.

The SA Weather Service released a warning on Tuesday that accumulated rainfall could exceed 150mm in some parts of the province on Thursday and Friday.

Social media platforms have been abuzz about the warning as well as the tornado that ripped through the Wartburg area on Tuesday afternoon, leaving at least two dead and 20 injured.

The weather service said heavy rain was expected to fall over the central and eastern parts of the province.

“This heavy rain is expected to lead to flooding of roads and settlements, both formal and informal, which may result in some communities being displaced and inaccessible.

“There is an extreme danger to life due to fast-flowing rivers.”

There was also a possibility of “mudslides/landslides and soil erosion along highly elevated areas which might lead to further disruption to traffic".

The extreme weather is being attributed to a cut-off low pressure system which is expected to intensify while moving from the Cape south coast, northeastwards over KwaZulu-Natal by Thursday.

The weather service said it would issue updates as required and urged people to follow weather forecasts including on on television and radio.

Eskom's KZN communication and stakeholder manager, Joyce Zingoni, said Eskom technicians had determined that 15,000 customers had been left without power after the tornado that hit the New Hanover area on Tuesday.

She said 15 networks in the Mpolweni, Dalton, Wartburg, Albert Falls and Swayimani areas were affected, resulting in supply to about 15,000 customers being interrupted.

“Supply to about 5,000 customers was restored overnight and work is ongoing to restore power to the rest. Some structures and lines are down, so restoration will take longer than usual, as we will ensure that lines are safe to energise before we do.”

A tornado left a swathe of destruction in New Hanover and Greytown, north of Pietermaritzburg, on November 12 2019. Emergency workers say two people died and 20 others were treated for minor to moderate injuries after the tornado ripped through the Mpolweni settlement near Wartburg.

A tornado left a swathe of destruction in New Hanover and Greytown, north of Pietermaritzburg, on Tuesday.
News
2 years ago

A mystery senior citizen brought sunshine to residents of a KwaZulu-Natal south coast retirement village when he rowed his paddle-ski in his backyard ...
News
2 years ago