Cape Town has been robbed of a peacemaker, pastor tells Staggie mourners in Manenberg 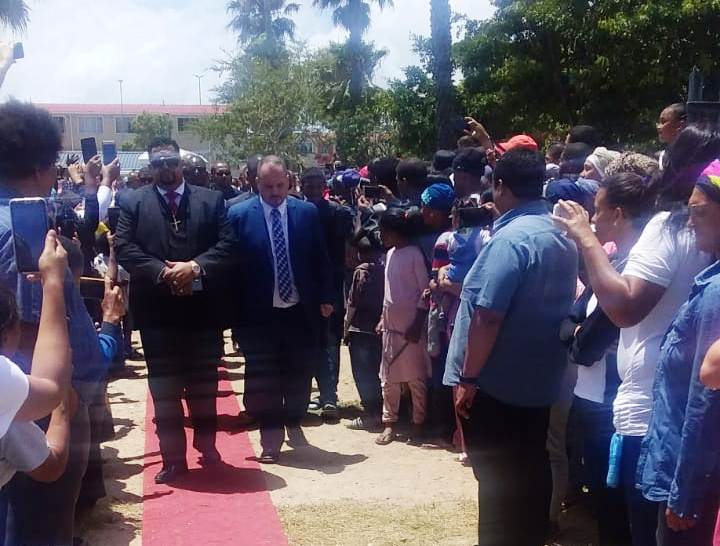 Manenberg residents line a red carpet as pall-bearers carry Rashied Staggie's coffin towards a tent at The Greens on December 21 2019.
Image: Philani Nombembe

There was near pandemonium on Saturday when Rashied Staggie’s body arrived in Manenberg, stronghold of the Hard Livings gang he led for many years.

Community members were out in numbers at The Greens sports ground to say farewell to the murdered gangster, whose funeral was held earlier at a church in Observatory.

Eight days after he was gunned down outside his house in Salt River, the body of Staggie, 56, arrived in Manenberg around noon. 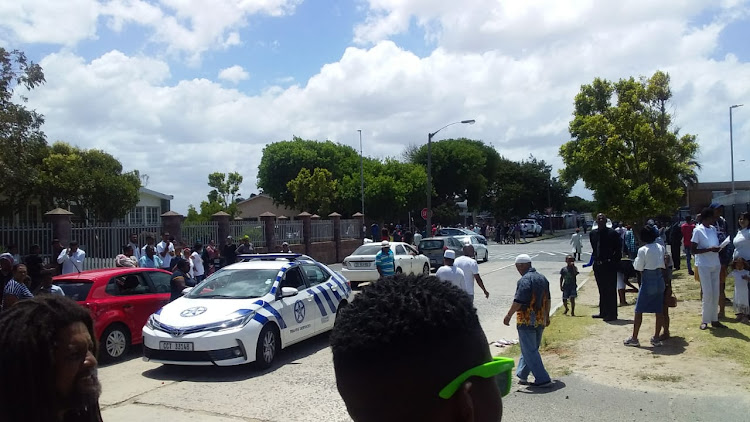 Manenberg residents await the arrival of a hearse carrying Rashied Staggie's coffin at The Greens on December 21 2019.
Image: Philani Nombembe

Many of them raised their arms and displayed the Hard Livings' signature hand sign, even as Staggie's pastor and friend Ivan Waldeck told them the ex-gangster's preferred salute was two fingers raised in the sign of peace.

“It’s enough guys,” said Waldeck. “I know you are angry, but Staggie was a man of discipline.”

Emotional young men were watched by police standing on an armoured vehicle. "Do you know how much this man meant to us? How much he cared and did for these people here?" said one of them.

Residents swarmed around the hearse — a white stretched Range Rover with a turntable for the coffin, shipped in from Durban for the occasion — for a glimpse of Staggie’s white and gold coffin.

Most exclaimed: “It’s beautiful,” as members of the police anti-gang unit and City of Cape Town traffic officers mingled with them.

Pall-bearers carried the coffin shoulder-high as they walked along a strip of red carpet to a tent. 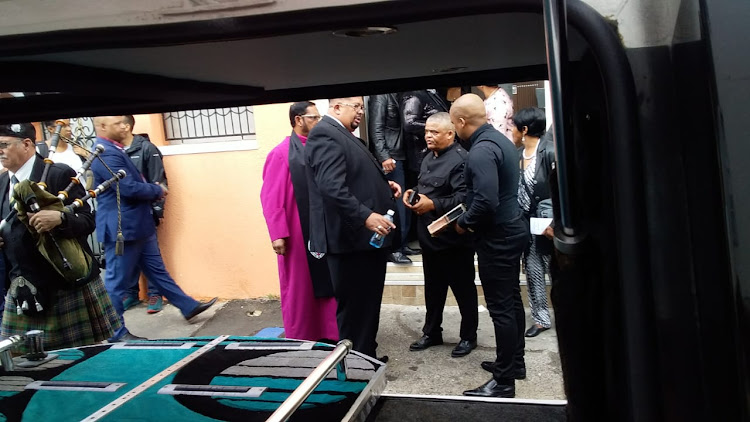 Pastor Ivan Waldeck, centre, outside Rashied Staggie's house in Salt River while his coffin was inside on December 21 2019.
Image: Philani Nombembe

Fears of heightened gang violence have risen after Staggie’s murder, but his family have called for calm.

A video of Staggie apologising for the wave of drugs and bloodshed he unleashed on Cape Town was screened at his funeral.

I agree no gangster should be glorified as some hero but it's a fact there is a HUGE public interest in the #RashiedStaggie funeral and the media is obligated to report what is of public interest. pic.twitter.com/6ntHWbZp7h

Waldeck told the crowd in Manenberg: “I don’t care the hell what critics say. In fact, Cape Town has been robbed of a peacemaker.”

Staggie's daughter, Saadiqa, said the former Hard Livings leader was obsessed with the welfare of the people of Manenberg.

“Manenberg, Manenberg, those are the words I heard from my dad,” she told mourners.

'I'm sorry for the evil I did': Rashied Staggie's video message to mourners

A heavy police contingent stood by on Saturday as Rashied Staggie arrived at his home in Cape Town for the last time.
News
2 years ago

Cape Town is bracing for gang violence flare-ups this weekend after the killing of Hard Livings boss Rashied Staggie outside his home on Friday.
News
2 years ago

Rashied Staggie, former leader of the notorious Hard Livings gang, was shot  on Friday in the Cape Town suburb of Salt River.
News
2 years ago