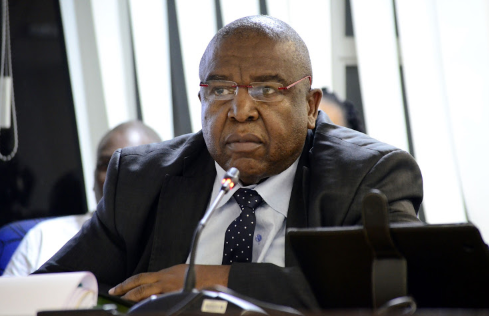 The North West government confirmed on Thursday that its head of health, Thabo Lekalakala, who was accused of entering into fraudulent contracts with Gupta-linked company Mediosa, had been fired.

“The outcome follows the disciplinary hearing that has been ongoing since 2018 [which] dictates that Dr Lekalakala is guilty on five charges against him. He faced allegations of gross misconduct,” said the office of premier Job Mokgoro.

“In the light of the verdict presented before the premier by the presiding officer, the premier has taken a decision to dismiss Dr Lekalakala from employment,” said a statement from Mokgoro’s office.

The disciplinary revolved around payments to Mediosa.

In December, Lekalakala, who at the time was under suspension, appeared in the Molopo magistrate’s court in connection with allegedly fraudulent Gupta appointments.

He was charged with fraud, corruption and contravention of the Public Finance Management Act. He was released on R5,000 bail and the matter will return to court on February 12.

He allegedly authorised payment of R30m to Mediosa before it had provided any services to the North West health department.

The company was a service provider for mobile clinics.

At the time of his arrest, the Hawks had said Lekalakala had allegedly appointed Mediosa without following proper tender procedures.

“Instead, he allegedly signed a service level agreement while on a trip in India. It transpired that a family member and friends allegedly accompanied him on the trip funded by Mediosa,” said Brig Hangwani Mulaudzi.

Thabo Lekalakala, the suspended head of the North West health department, appeared in the Molopo magistrate’s court on Friday in connection with the ...
News
1 year ago

Either the residents of Southey, in the North West, are a very sickly bunch or the invoices submitted for their treatment by a Gupta-linked company ...
News
3 years ago