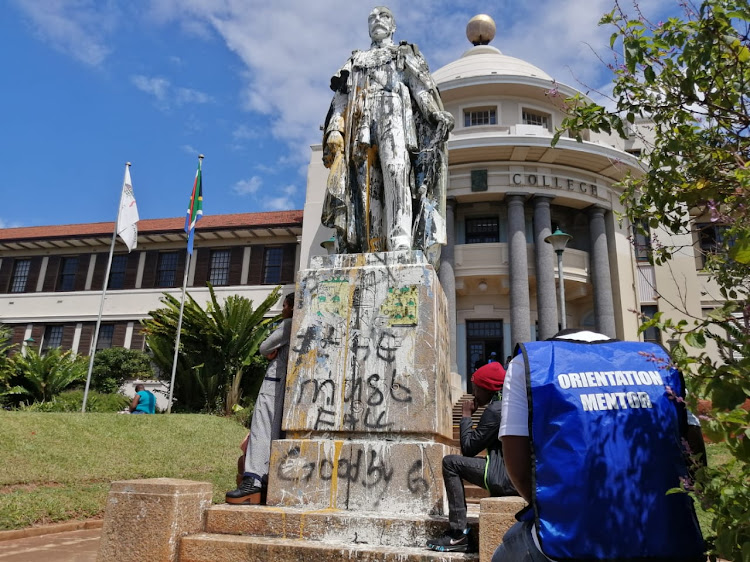 Registration at the University of KwaZulu-Natal's Howard campus was suspended on Monday.

This follows unrest after a group of aggrieved students disrupted registration and orientation on campus grounds.

The situation remains tense as stand-offs between campus security and students continue.

The situation remains tense at #UKZN as students have shutdown the Howard campus. Students have reaffirmed their call for #FeesMustFall - saying returning students are required to pay 15% of their historic debt before being allowed to register. @TimesLIVE #UKZNShutdown pic.twitter.com/6gs3TKVxSC

Members of the SAPS's public order police are on the scene monitoring the situation.

"The majority of students have not been able to register because of the fact that students are now required to pay 15% of their historic debt before they are cleared for registration. The argument now is that students do not have that money. Part of the battle here is the issue of financial exclusion."

#UKZNShutdown Howard College Representative Council Chairman Mphathi Majola, said disruptions form part of the plight of certain students regarding financial exclusions in relation to the settling of 15% of their historic debt before being allowed to re-register @TimesLIVE pic.twitter.com/EYHWJUuhUt

According to a source at UKZN, students with an annual household income of less than R350,000 are required to settle 15% of their historic debt - capped at an amount of R15,000 - before being allowed to re-register.

Majola said there were other issues related to student accommodation, but these were "secondary issues".

He said despite engagements with university managers last week and on Sunday, a resolution could not be reached, especially when the topic of clearing historic debt was brought up. This resulted in a deadlock with management.

UKZN spokesman Ashton Bodrick confirmed that registration at Howard College had been suspended.

He said, however, that registration at the Westville campus had not been affected thus far.

Student funder NSFAS sees a surge in applications for subsidies

The National Student Financial Aid Scheme (NSFAS) has received a sharp rise in first- time applications, with eight out of every 10 would-be students ...
News
1 year ago