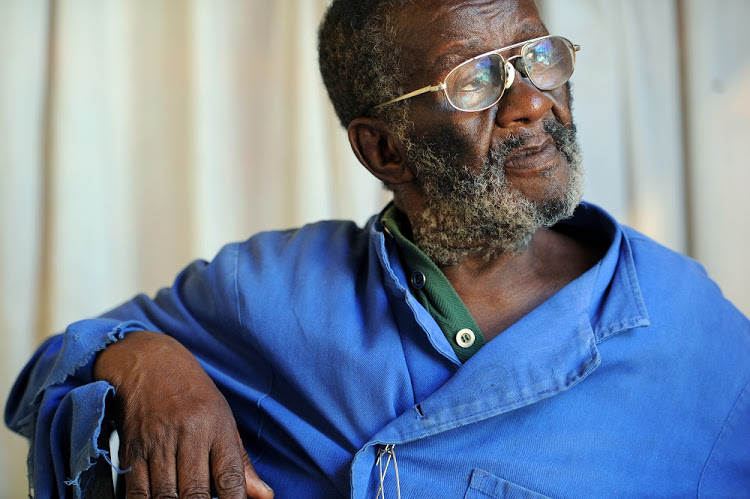 The Congress of Traditional Leaders of SA (Contralesa) has sent condolences to the family of renowned traditional leader Vusamazulu Credo Mutwa, who died on Wednesday morning at the age of 98.

Mutwa died at a Northern Cape hospital early on Wednesday following a period of ill health, his foundation said.

“It is with profound sense of loss and deep sorrow that the Credo Mutwa Foundation wishes to officially confirm the passing of uBaba Credo Vusamazulu Mpumelelo Mutwa,” the foundation said in a statement.

The foundation said Mutwa died at Kuruman hospital. He had been fragile and in and out of hospital due to old age.

“The foundation is requesting the nation to join the family in the mourning and during this time we humbly request that the family be given space to mourn," said the foundation.

Contralesa secretary-general Zolani Mkiva said the organisation was saddened by his passing.

“He was a great spiritual leader. We have lost a critical reservoir of indigenous knowledge,” Mkiva said.

He described Mutwa as a “library” for his wealth of knowledge.

“He knew how to balance spirituality and modernity. We wish to express our deepest condolences to his immediate family and to say his spirit must live on. We will forever be indebted to him for his lessons,” Mkiva said.

Mutwa would be remembered for his “outstanding” leadership role, Mkiva said.

“We will never forget his role in life and times.”

Tributes for Mutwa poured in on social media as soon as news of his passing was made public.

As tensions between the US and Iran continue to rise, a video of SA traditional healer Credo Mutwa predicting a war has gone viral
News
2 years ago

“Bab’ Vusamazulu Credo Mutwa; I’m so touched, I knew this was coming soon as I heard he was sick. Thank you for everything, for being a guardian and keeper of ancient knowledge, for Indaba my children and other books. Ascend freely to be with the great spirit again,” said actress Samkelo Ndlovu.

Mase Cha said: “This man taught me so much about African pride and religion ... M so touched too when we lose such great minds ... it's sad he passed on when so many Black folks don't know much about him.”

Last year, then arts and culture minister Nathi Mthethwa described Mutwa as “a living human treasure” when he scheduled a visit to his home at Magojaneng in Mothibistad, Kuruman, in the Northern Cape, as part of the department's Living Human Treasure Project.

Mutwa was honoured with a South African Literary Awards' (Sala) Lifetime Achievement Literary Award and hailed at the inaugural Usiba awards in 2018 for his work in indigenous wisdom.

"Publish more books in indigenous languages, and help create or improve on platforms for everyone to interact with books"
Books
3 years ago