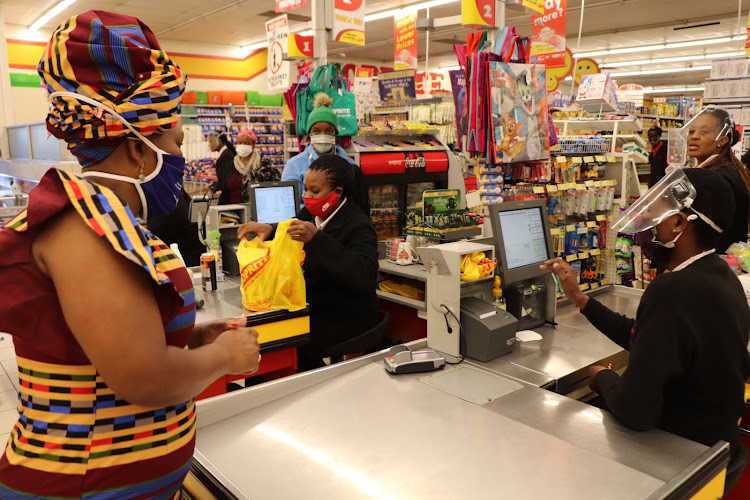 A new online dashboard shows the Western Cape had 2,371 confirmed Covid-19 cases and 46 deaths by 1pm on Thursday.

Cases have risen by 46% in the past week and deaths have increased by 24%.

Premier Alan Winde unveiled the dashboard on Thursday and said it would be updated at 1pm daily. It allows residents to track the spread of the virus across the province, and depicts hotspots with colour-coding. 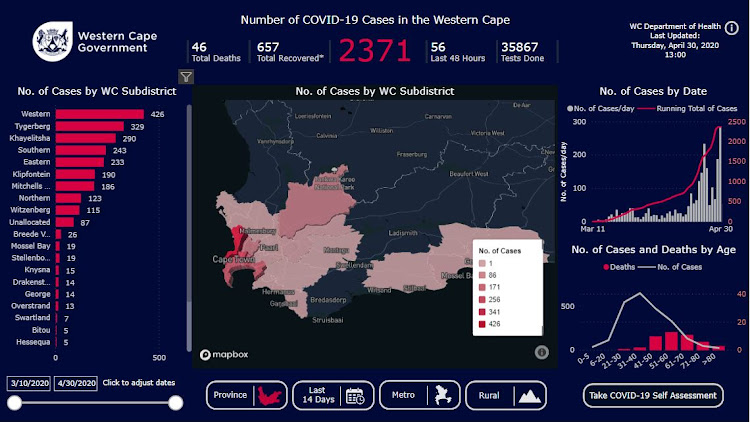 “We are making this data available because we believe that citizens should be armed with the correct information to protect themselves and their families,” said Winde. “However, this kind of information should never, ever be used to stir panic, create stigma or to infringe on any patient’s right to privacy.

“We are in the process of having the website zero-rated so that it can be accessed by any person without using data.”

At 1pm on Thursday, the area with the most cases, as well as the highest cases per capita, was the western subdistrict of Cape Town.

The subdistrict, which extends from Camps Bay through the city centre and as far north as Darling, has produced 426 cases, or about 77 per 100,000 people.

Winde told an online media briefing on Thursday that even though the province had far more cases than any other, it would join the rest of the country in moving to level four of the lockdown from Friday.

“We want to thank all of the front-line essential workers who have worked throughout this period and all of those residents who have abided by the lockdown rules,” he said.

Objecting to the Western Cape being described as SA's coronavirus “epicentre”, he said the provincial government had adopted “a much more rigorous approach towards actively locating cases, tracking and tracing contacts and conducting targeted screening and testing in identified clusters”.

Winde added: “Epidemiological evidence tells us where the cluster transmissions are taking place, and this is where we relentlessly train our focus.”

The Western Cape expects to have a shortfall of 750 critical care beds if the province hits an estimated peak of 80,000 Covid-19 infections, premier ...
News
2 years ago

This meant the Western Cape had a far higher success rate in locating and fighting more than 40 so-called “bush fires”, and not wasting resources by testing randomly.

“When someone screens positively, through a detailed questionnaire [often taking more than five minutes to complete at least], they are then referred for testing. This naturally means that for every series of tests, we are receiving a higher proportion of positives,” he said.

“Our government would be extremely worried if the number of laboratory confirmed cases in the Western Cape were not growing, because it would mean our systems are not working in identifying every person who is Covid-19 positive.”

Winde stuck to his prediction that the province would see 80,000 Covid-19 infections and that the peak would arrive only in August, and said a rigorous testing approach would be increasingly important.

“In the past 24 hours, the Western Cape accounted for 30% of tests nationally, despite having 10% of the population,” he said. “We have been increasing our screening and testing in the province, conducting 12,510 tests in the past week. This is an increase from 9,000 tests the week before.”

One of the biggest laboratories in the country has seen a total of 15 lab technicians test positive for Covid-19.
News
2 years ago