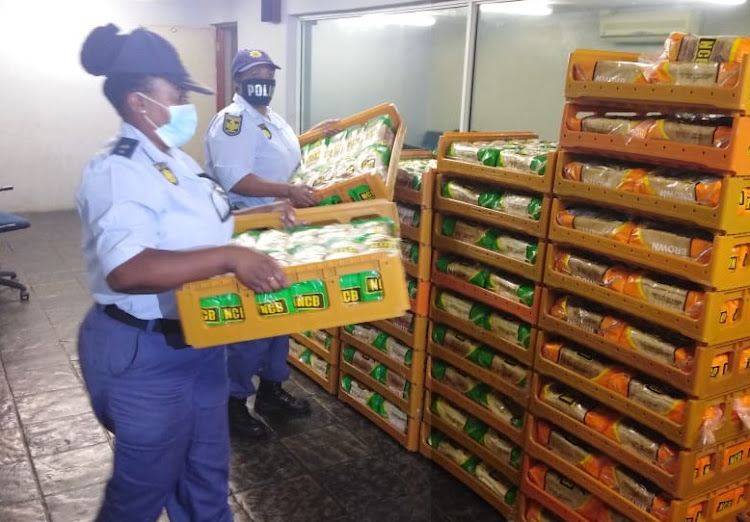 A total of 39 crates containing 388 loaves of bread were found on the premises.
Image: Saps

Western Cape police have recovered two trucks that were hijacked in separate incidents in Cape Town on Thursday.

Police spokesperson Sergeant Noloyiso Rwexana said a bread delivery truck was allegedly hijacked in Harare, Cape Town, at about 10am.

The truck was found in Makhaza in Khayelitsha.

A total of 39 crates containing 388 loaves of bread were found on the premises.

Two suspects aged 32 and 36 were arrested.

Rwexana said police were still trying to trace the owner of the truck.

In a separate incident in Nyanga, a hijacked delivery truck that was transporting gas cylinders was recovered on Link Road in Browns Farm.

“Officers recovered the truck within minutes after the hijacking.

“The investigation is in search of a white bakkie reported to have been used during the commission of the crime.

"The driver of the truck was so thrilled, praised the police for the quick response and saving a load of about 50 gas cylinders,” Rwexana said.

About 1,000 pupils and their parents waited patiently at Nomzamo primary school in Cape Town on Thursday to each receive one of the 1,250 food ...
News
1 year ago

Four people, including a supervisor at a security company, have been arrested for allegedly smuggling food parcels and mining equipment to illegal ...
News
1 year ago