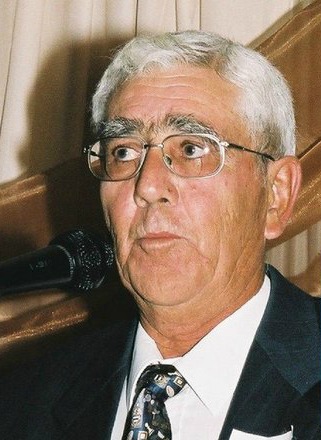 The former president of the Free State Cricket Union died at the age of 80.
Image: VKB KNIGHTS

Ewie Cronje, the father of ex Proteas captain Hansie Cronje, died on Monday afternoon after a long battle with cancer.

His son Frans confirmed the news of his death.

The former president of the Free State Cricket Union died at the age of 80.

“My dad went to be with Lord at 2:05pm this afternoon [Monday]. He was at peace and we are so thankful for the full life he had and wonderful dad that he was.

“From my mom, my sister and me, thank you so much for all the wonderful messages of the last few months. We will not be able to answer phone calls today, but will read every WhatsApp and other message. With much love,” Frans Cronje's Instagram post read.

Cronje, who played a leading role in establishing cricket at the University of the Free State, was battling stomach cancer.

Condolences have poured in for Ewie on social media.

Sincerest condolences and deepest sympathy to family, friends and colleagues on the passing of Ewie Cronje, a true gentleman of sport in the Free State.

We are truly saddened by the loss. Our hearts go out to the Cronje family.

Ewie Cronje, father of Hansie Cronje, passes away after a battle with stomach cancer.

"He was comfortable among important personages and equally at home helping to pull on the covers." ✍️@TelfordVice on one of the country's most respected figures.https://t.co/OPxe09VTmd

Am truly saddened to hear of the passing away of Ewie Cronje. Fun moments shared in the Afrikaans commentary box for 5 years. His was one of welcoming voices & a genuine kind- hearted human being. Knowledgeable, kind & caring always. Thanks Sir. #RIP pic.twitter.com/XveYAimHzA

RIP Ewie Cronje - a great man, and one of those responsible for making FS cricket such a force. Rest well, Sir

The resumption of sport will lift morale for people around the world during the Covid-19 crisis and cricketers owe it to fans to play behind closed ...
Sport
2 years ago