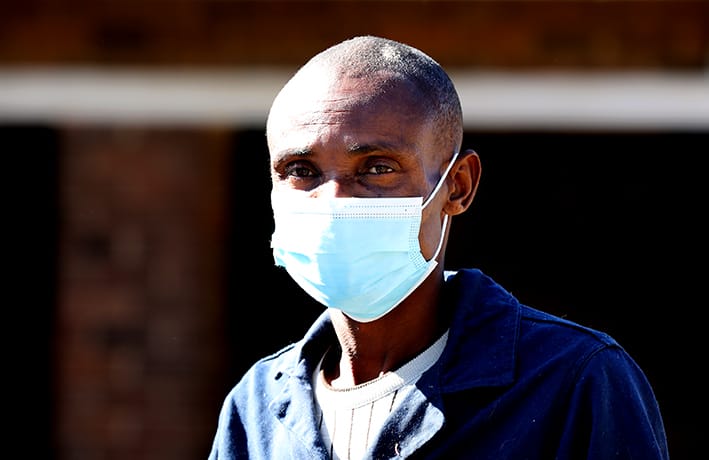 Sipho Ntuli, 43, the driver of the truck involved in the horrific Jozini crash which claimed the lives of nine people and left dozens others injured.
Image: Sandile Ndlovu

The 43-year-old man who sat behind the wheel of the truck involved in the horrific crash in Jozini, northern KwaZulu-Natal, has abandoned his bail application.

Sipho Ntuli appeared in the Ubombo magistrate's court on Friday facing a charge of reckless and negligent driving and eight counts of culpable homicide.

Sipho Ntuli, 43, (left in navy blue overalls) is the driver of the #JoziniCrash which claimed the lives of nine people.

This video was taken last week during his first appearance at the Ubombo magistrates court in northern KZN.

On June 10, Ntuli lost control of an empty sugar cane truck he had been driving on Jozini's main road, ramming into nine vehicles before ploughing into an market area where street vendors had set up shop, killing eight and injuring 32 others.

Times Select reported that Ntuli had allegedly been under the influence of alcohol at the time of the crash and that blood specimens, taken upon his arrest, have been sent to a laboratory for testing.

During his first appearance, prosecutor Sduduziwe Nyawo informed the court that further charges of driving while under the influence of alcohol and culpable homicide could be added later.

MEC for transport, community safety and liaison in the province, Bheki Ntuli, confirmed to TimesLIVE that one of the critically injured people had died in hospital on Sunday morning, bringing the death toll to nine.

Witnesses and survivors struggled to describe the moments leading up to the incident.

Ntombfuthi Menyuka, 43, said she had been waiting for a bus.

WATCH| @TimesLIVE has obtained the original CCTV footage of the horrific #JoziniCrash which claimed the lives of 9 people. The incident occurred on Jozini's main road in northern KZN on June 10. Footage shows the sheer destruction and carnage caused by the truck. pic.twitter.com/Ti1xQK2foN

“I cannot describe what happened. It came out of nowhere. There was dust everywhere. It hit the bus and the bus hit us. All I felt was a big gust of wind.”

She said the person who had been standing next to her was killed instantly.

“It seemed to just continue to run over other people ahead. I sat up and I tried to run because I saw everyone standing around us and I wasn’t sure what was happening, I wasn’t even sure whether it was a truck that hit us. After that I cannot remember anything. It took a very long time for the bodies to be collected.

“I can barely sleep at night because the images of that day come flooding back. I am afraid to leave my home. A car fetched me and brought me here and I haven’t left since,” said the mother of four.

June 10 2020 will forever be etched in the minds of residents of Jozini, KZN.
News
1 year ago

A 48-year-old man who was behind the wheel of a truck that was involved in a horrific crash in Jozini in northern KwaZulu-Natal, which claimed eight ...
News
1 year ago

At least eight people are believed to have been killed and several others critically injured after a truck ploughed into vehicles and pedestrians in ...
News
1 year ago